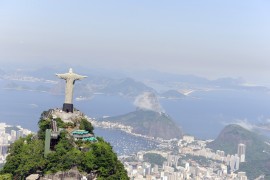 Brazilian banking group Bradesco is planning to roll out NFC mobile payments across Brazil by summer 2014, through a partnership with mobile operator Claro and technology provider Giesecke & Devrient.

Under the plan, Brazilians will be able to use their smartphones to pay for their shopping. The project will begin in the state of São Paulo and will later be expanded to the rest of the country. G&D is supplying the SIM cards with secure storage for the payment software and the SmartTrust Portigo mobile wallet for smartphones, which will store the sensitive customer information such as debit card numbers and account details. It will also provide the trusted service manage tools to Bradesco and Claro, which will allow them to receive Bradesco account holders’ payment card information onto their devices in an encrypted form via Claro’s mobile network.

Claro is part of America Mobil, a Mexican telecoms group that operates across Latin America. The company has been in Brazil since 2003 and is available in over 2,000 Brazilian towns and cities. Bradesco is one of the larger banks in Brazil and has 4,686 branches, 3,781 service branches and 59,307 Bradesco Expresso units, which consist of correspondent banks through partnership with supermarkets, department stores and other retail chains. Together, the companies claim that they are targeting a potential user base of 85 million.

According to G&D, users will initially be able to make payments at 200,000 payment points in retail outlets. However, the requirements are relatively limiting – the user needs to be a customer of both Bradesco and Claro, and needs to have a smartphone with an NCF-ready SIM card, before the customer can make a mobile payment. While mobile penetration had reached 136.6% by December 2013, estimates for smartphone adoption vary from 23% to 44%, depending on the source (eMarketer and Informa, respectively). The population of Brazil is 198.7 million according to the World Bank.

The SIM cards used are G&D’s SkySIM CX cards. The mobile wallet application can be installed onto existing Claro customers’ smartphones, and is available pre-loaded for new phones. The Claro branded mobile wallet provided by G&D can be downloaded from the Google Play Store.

“By adopting mobile payment services based on NFC technology Brazil is setting the course for all of Latin America,” said Carsten Ahrens, group SVP, server software and services division at Giesecke & Devrient. “We are delighted at the chance to furnish both our partners with a secure, overall concept. And in providing our award winning SmartTrust Portigo mobile wallet solution, we are making it real easy for people to make contactless payments with their smartphones.”

The Bradesco mobile payments scheme claims to be the first of its kind to go live in the country. However, in May 2013 Telefónica and MasterCard rolled out a mobile payment service called Zuum in São Paulo and Belo Horizonte. That service allow Brazilians to transfer money, buy credits for pre-paid mobile phones and pay bills with their mobile phone, but not to make in-store payments. Users can also choose to receive a pre-paid card from MasterCard which is connected to the same pre-paid account, and can then be used to make purchases and withdraw cash from Cirrus ATMs.

In addition, Zong, a PayPal subsidiary started in 2008 by entrepreneur David Marcus, has signed Brazilian carriers Vivo, TIM, BRT, Claro and Oi onboard for its own mobile payment service in the country. Meanwhile, eFinance company Paggo is developing payment solutions with mobile operator Oi and the national bank, Banco do Brasil.