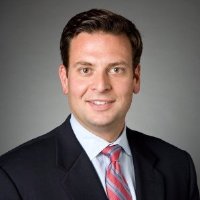 Scola warned that tougher KYC regulation was having unintended consequences

Senior transaction banking executives have called for a political discussion to rethink Know Your Customer policy in the wake of dire warnings that emerging markets are being cut off from the global correspondent banking network.

“Where you as a bank identify the risk and look to exit, and the authorities tell you that you can’t, that’s very difficult and we are still dealing with that,” said David Scola, managing director, corporate banking, FI coverage, Americas at Barclays. “It’s going to get worse as the correspondent banking network shrinks. It raises questions as we limit our direct relationships, and we as an industry need to pull together and work with the solution providers and the regulators to make sure our voices are heard.”

Speaking at the BAFT-IFSA conference in London this week, Scola was referring to Barclays’ High Court battle in November, in which a verdict was returned against the bank, effectively preventing it from closing down a number of small business accounts it held with cross-border remittance providers. Barclays had re-examined its KYC policy following a series of major banking fines in recent years, and come to the conclusion that it would end some 250 relationships, including one with Dehabshiil, a remittance provider active in Somalia.

Campaigners were concerned that the closure of the accounts by Barclays would cut off a vital lifeline to the country, where 4.2 million people or 41% of the population relies on remittances as its primary source of income for food, water, shelter, education and healthcare.

But according to Scola, the tougher stance on KYC taken by regulators in recent years has placed pressures on global banks that are driving them to act in a way that could have unintended consequences, including the inadvertent increase in systemic risk caused by shutting off some countries from the global correspondent banking network.

“Until this stage the topic has largely been driven by compliance,” he said. “That has not allowed for a lot of strategic development. The business needs to assert itself. We are holding conference calls to get opinion coordinated. We need to have the front office engage with the regulator so they understand the decisions being driven by the regulation.”

Scola was supported by Jim Nelson, head of financial crime compliance, Europe, at Standard Chartered, who added that individual regulators may have never worked in a bank, and might therefore have a perspective that does not take into account some of the key realities faced them. The implication was that banks need to work harder to educate regulators on the effect their rules are having on businesses – and on systemic risk.

“We need to articulate to our regulators so they can understand,” said Nelson. “We’ve been told to stick to our risk based approach to relationships, and we are having to revisit many that have been good for years. If we turn off certain countries from a KYC perspective, we’d be shutting them off from the international payments network, and I’m not sure that’s the right thing to be doing.”

Other commentators have recently warned about the concept of the “unbanked banks”, referring to the process by which large global banks increasingly withdraw support to smaller regional banks on the basis of reducing risk. The decline of the global correspondent network has been heightened by major fines inflicted on global banks, such as the $1.91 billion penalty issued to HSBC in December 2012 for failures in its AML procedures.

Barclays itself was fined $298 million over alleged sanctions breaches in Iran. In December 2012, Standard Chartered was also fined approximately $300 million for its role in sanctions breaches, including in Iran, Burma, Libya and Sudan.

Nelson added that his firm did not wish to see money channelled towards underground, illicit means as a result of the tougher rules, as that would work against the whole point of having tougher KYC rules in the first place. “I think we need to push for better standards,” he said. “Do we really want shrinkage? Is that what we want for society? I think it would be better to reinforce the existing map and reinforce enforcement and compliance. Commerce will happen, people need to live. There’s a need for global transparency.”

On 22 January, a Switzerland-based startup called KYC Exchange launched with the support of BAFT-IFSA, an association of organisations involved in international transaction banking. Headed by Joachim von Hänisch, a former director of financial institution business at Standard Chartered, KYC Exchange aims to make the whole process of ‘know your customer’ significantly faster and cheaper by standardising the questions asked by banks, automating the process and placing it online.

KYC Exchange estimates that whereas a KYC request might take 30 – 50 days to turn around using standard industry measures, its own system can do the same work in five minutes. The time saved for a bank initiator is estimated at approximately 90%, while the receiving bank saves around 40-50%, according to von Hänisch. The commercial model is the same as a regular exchange, with users paying per transaction. So a bank would effectively pay for the connection between Bank A and Bank B.