Pass Go, Do Not Go to Jail: EC backs down on SEPA deadline 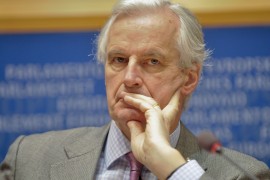 Barnier: migration rates are not high enough to ensure a smooth transition

When is a deadline not a deadline? When the European Commission adds a six month transition period to it, it seems. The completion of eurozone countries’ migration to the payment formats mandated under the Single Euro Payment Area regulations, due to be completed by 1 February 2014, will now be allowed to extend to 1 August in a move described as inevitable but welcome by industry participants.

The EC has asked Member States to ensure that banks and payment services providers will not be penalised for continuing to process legacy payments in parallel with SEPA payments during the transition period. “The introduction of a transitional period of six months until 1 August 2014 means that the SEPA end-date remains the same but banks and payment institutions will be able to agree with their clients to process payments that differ from the SEPA standard until then. After 1 August 2014 there will be no further transitional period.”

Michel Barnier, the EC’s Internal Market and Services Commissioner, said: “As of today, migration rates for credit transfers and direct debits are not high enough to ensure a smooth transition to SEPA despite the important work already carried out by all involved. Therefore, I am proposing an additional transition period of six months for those payment services users who are yet to migrate. In practice this means the deadline for migration remains 1 February 2014 but payments that differ from a SEPA format could continue to be accepted until 1 August 2014.”

Barnier said that he regretted having to make the decision “but it is a measure of prudence to counter the possible risk of disruption to payments and potential consequences for individual consumers and SMEs in particular”.

The European Central Bank’s Eurosystem responded by insisting that 1 February is still the migration end date. In a statement, it said that “strong and successful migration efforts” have been carried out by stakeholders in the euro area. “The most recent information from national SEPA communities suggests that the pace of migration is high and accelerating, and the vast majority of stakeholders will complete their migration on time,” it said. “The Eurosystem therefore stresses that the SEPA migration end date of 1 February 2014 remains and urges all market participants to complete the transition of all credit transfer and direct debit transactions to the SEPA standards by this date.”

The EC announcement said that “although migration rates have been growing over the last few months to reach 64.1% for SEPA Credit Transfers and 26% for SEPA Direct Debits in November, it is now highly unlikely that the target of 100% for SCT and SDD can be reached by 1 February 2014”.

Steve Everett, global head of cash management at RBS International Banking, said that the proposal to allow a six-month grace period will come as “welcome news to those companies that have been struggling to meet the 1 February deadline … the extra time will allow companies to minimise any negative impact on their businesses”.

Gareth Lodge, senior researcher at Celent, said that the deadline shift was inevitable – in fact the Commission’s announcement coincided with the planned publication of his report SEPA Migration: making the best of a bad job, in which he argues that trying to complete migration by a set date is quixotic – there will always be a bedding-in period as incorrectly formatted messages cause failed payments that have to be resolved manually. “The report argues that no major migration has ever seen 100% migration, for a variety of reasons –incorrect records, changes in processing arrangements, and so on – so it’s also unclear how the deadline will be policed or declared finished,” he said. “The timing post-Christmas was poor, but I suspect any deadline would face similar issues. I’m not sure extending the deadline sends quite the right message – no doubt some corporates will extend their switchover date, which in turn will make the numbers look as if migration still hasn’t taken place. I think it highlights the Commission’s lack of lack of grasp or interest in the realities. Not quite washing their hands, but certainly not taking proactive steps to solve it either.”

Ad van der Poel, product executive for payments and receivables, Global Transaction Services, EMEA, Bank of America Merrill Lynch, said that his organisation had been expecting the move for the past few months considering the status of the migration progress, adding that any surprise “is probably caused by the relative lateness of this announcement some 23 days to the migration date as well as the consistent stance that the EPC has taken that there is no Plan B”. He said that he was pleased about the announcement “because it gives our clients a bit more time; this will improve the quality of the migration [but] disappointed, as this may impact the public/corporate perception of the payments/banking industry of being able to deliver”.

In practice, he said that “clients are beyond the point of no return with their migration projects and will continue to work according to plan.” In his view “you need high 90% activity to say that migration has been achieved – based on our client base we expect to  have achieved that by 1 February”.

It is not clear at this stage if a similar six-month transition period will be added to the 31 October 2016 deadline for non-eurozone countries to migrate payments to SEPA formats.