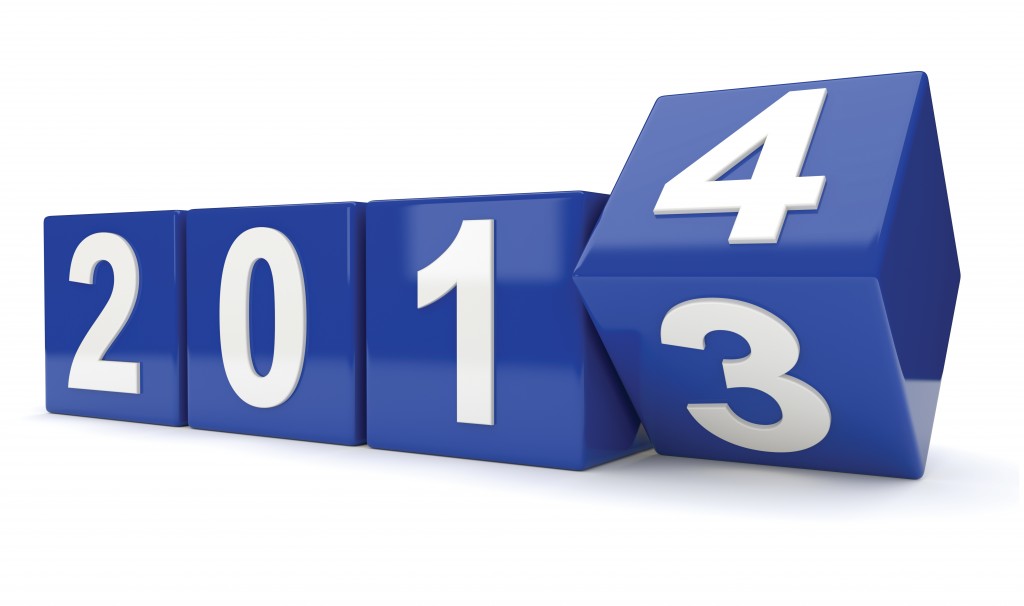 1. Fund shake-up for hedge and PE funds, the combined impact of MiFID, EMIR and the AIFMD will mean a large scale restructuring of the industry.  Firms will have to re-examine their businesses and operations and decide whether they can sustain their modus operandi in the new regulatory environment.  Either way we will see more functions outsourced, narrower margins, relocation and, finally, innovation in business models both for the buy-side and those who provide services to them.

2. Darwinian decimation of market infrastructure: growth in the number of data utilities and other market infrastructure looks to be at an unsustainable level.  Competition is increasing amongst infrastructure providers, including KYC utilities, RMs, OTFs, MTFs, SEFs, TRs and CCPs, to the point at which natural selection has to kick in.  All indicators point towards a thinning-out of the industry in 2014.

3. Turn up the volumes: in OTC derivatives markets, once we’ve got compulsory clearing and trade reporting out of the way, a picture of the new BAU will begin to emerge; ‘how do we do this?’ will turn to ‘how do we do this cheaper, better, faster?’  Changes will continue to occur for many years to come in all areas of the business, from pre-trade analytics and contract negotiation to collateral optimisation and settlement, with the development of T2S and the European framework for CSDs.

4. Regulators will get technical: regulators are going to get behind the curtain as firms’ IT systems, algorithms and data come under the microscope.  This will occur in the form of principles (e.g., BCBS risk data aggregation) but also regulation (e.g., MiFID II’s 40+ sets of technical standards and Regulation SCI). Expect to see more special mentions in enforcement practices too, like the spreadsheets highlighted in JP Morgan’s RMBS enforcement notice.

5. We may finally have an LEI … with a Central Operating Unit due to be set-up, a director appointed, and funding allocated, the final technical standards could soon be available for the LEI.  This will give institutions a much clearer idea of the regulatory use cases for the identifier, and lead to wider adoption where it is not already mandated.

6. … but we’ll realise that the LEI is only the start: the combined impact of regulation, especially in the post-trade space, will force many changes to market infrastructure.  One of these is likely to be the introduction of unique identifiers in addition to LEIs, particularly for products and trades (UPIs and UTIs).  Expect calls for more tracking of industry sector codes and company hierarchies that could lead to the ‘LEI II’ at some point as well. Conversations over the practicalities of introducing such standards will increase in 2014, and will benefit from the lessons learned from development of the LEI.

7. Data privacy, the final frontier? 2013 was the first year regulators got really serious about banks’ data. Data protection and privacy will soon become a significant issue for banks.  The European Data Protection Regulation threatens to go against many of banks’ existing KYC practices and may make it harder to move data between jurisdictions.  This will create new, and potentially expensive, operational risks for firms.

8. Regulators are going to get personal: the drive for individual accountability has not yet reached a head, but custodial sentences are likely to become a reality soon. For a start, the Market Abuse Regulation and Directive in Europe greatly increase liability and penalties for insider dealing and market manipulation.  Similarly, the UK’s Banking Reform Bill introduces the crime of ‘reckless mismanagement of a bank’.  But will this be a much-needed catalyst for culture change, or simply lead to more crowded prisons?

9. Out of the shadows, and into the sights: there will be regulation on shadow banking.Announcements this year from the FSB, and European and American regulators, are viewing shadow banking as the last frontier in their war against systemic risk.  All this indicates 2014-15 as the year that regulators get to grips with shadow banking.

10.  We will hear the word ‘growth’ a lot: politicians will be putting pressure on regulators to prove that their response to the financial crisis was the right one for a quick economic recovery and sustainable growth.  European regulators are already keen to show how regulation can be used as a force for growth, with new initiatives such as a framework for long term investment funds that will benefit those who take longer positions in infrastructure and other similar investments.