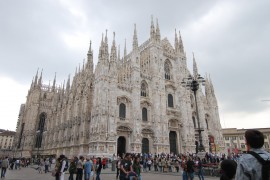 Italian CSD Monte Titoli will connect to T2S via the SIA/Colt service, rather than via Swift, as the two operations vie for business ahead of the June 2015 go live date.

T2S is the new pan-European settlement engine that is designed to make Europe’s post-trade infrastructure more efficient. The European Central Bank had originally planned three different licences for T2S: these were for Swift, Colt/SIA and a third option, direct link, which was abandoned in the summer.

There are some 50 institutions that plan to connect to T2S, of which nearly all are already connected to Swift and use their Swift connection for this kind of business. According to Colt, it was difficult to offer a differentiated service due to the constraints of the ECB standard, leaving pricing and additional services as the main points of difference. Colt has promised to provide customers with its own middleware to help make it easier to connect.

Until now, Swift had been mopping up most of the contracts for T2S, but Colt insists that it does have other customers, though it declines to name them and confirmed that Monte Titoli is the biggest – because Monte Titoli is the third largest CSD on T2S, Colt says that it will be carrying more volume than Swift when the platform launches in June 2015. The other two CSDs – Clearstream and Euroclear – are expected to join later.

“Monte Titoli is an important win for SIA/Colt,” said Hugh Cumberland business development manager, consulting and solutions for Colt enterprise services. “The company is part of the LSE Group, which has further European interests that will be T2S eligible. The deal has great potential. Displacing the incumbent is hard. Yet when wave one goes live in June 2015, we will be carrying the largest volume. Monte Titoli will gain an advantage over their rivals by being in wave one.”

T2S has previously been subject to delays, but now appears to be progressing well as according to Colt the majority of institutions are now well prepared and are already working on implementation and testing. In November, Fintech vendor Volante Technologies launched its T2S Accelerator, which is designed to help financial services firms to prepare for Europe’s forthcoming coming T2S settlement platform.

In October Swift and the  SIA/Colt joint venture completed the Eurosystem Network Acceptance Test phase, reaching a milestone in the T2S Programme Plan almost one month ahead of schedule.  Migration to T2S will take place in four waves – 1 June 2015, 2 March 2016, 3 September 2016 and 4 February 2017.