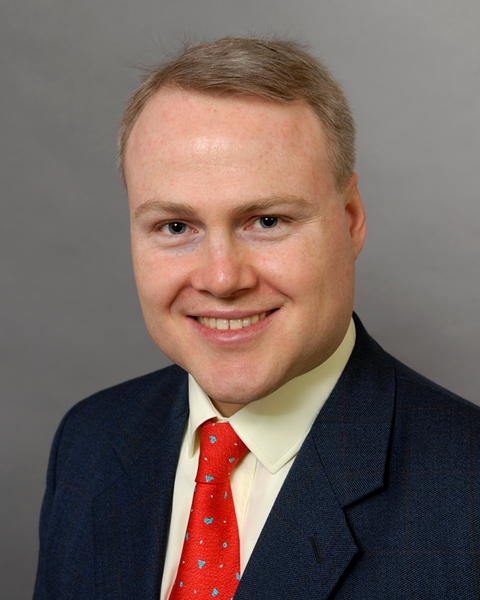 Barnes: “It’s not all about pricing – it’s about choice.”

“We asked customers what they liked about us, and a lot of them talked about Turquoise Uncross,” said Robert Barnes, chief executive of Turquoise since September. “It was a relatively unknown part of the Turquoise dark offering. But nearly a quarter of the value traded on that platform per month was traded in blocks of around 100,000 shares or more. That is a buy-side friendly platform. In September, we rebranded and relaunched it. Since then, daily trading turnover on Uncross has tripled from €30 million to €100 million.”

Established in 2008, Turquoise is an Multilateral Trading Facility owned by the London Stock Exchange. The venue consists of two order books – one lit, the other dark – offering equity trading in 18 European countries. Barnes joined in August 2013, following a period of consulting. Prior to that, he was best known for his career at UBS, including a period as chief executive of UBS MTF, the dark pool owned by UBS which secured a large portion of European dark trading activity after its launch in 2010.

Uncross is a service within the Turquoise Midpoint Dark pool, which is named based on the fact that, as with most dark pools, it matches orders at the midpoint of the bid and offer. The key difference between Uncross and most other dark pools is that Uncross consists of randomised auctions every 5-10 seconds. Furthermore, whereas most lit and dark markets match aggressive and passive order types against each other, on Turquoise Uncross both side of the trade are passive orders. What that means for participants is that there no possibility of being ‘first’ in the queue. Instead, orders are matched on size priority. Such a structure makes the platform unattractive to aggressive, predatory traders such as high-frequency trading firms, whose business model relies on being first – but it renders the venue attractive to long-term investors, who prefer to trade in large sizes and minimise market impact.

“It’s not all about pricing,” said Barnes. “It’s about choice. Choice is an enabler to help investors to meet success. Through MiFID, the European authorities have empowered the investor to get best execution by choosing from the meaningful liquidity pools. Turquoise is really a manifestation of the single European market – so if you are a mid-tier broker and you only have access to a local national market today, connecting to Turquoise means you get access to another 17 countries, with a choice of executing in the lit or in the dark and interoperable clearing.”

“On the lit book, market participants will find a limit price, which provides certainty of execution with the potential challenge of market impact, whereas in the dark, there is no information displayed pre-trade, so you can place orders closer to the market without signalling your intentions but there’s no certainty of execution,” he added. “The advantage of Turquoise is that it offers both. And, because both buyer and seller are using resting orders on Uncross, there is no participant that initiates the match. That’s pretty unique.”

As part of the relaunch of Turquoise Uncross, Barnes commissioned specialist data analysis firm LiquidMetrix to independently check the executions on its platform. According to the results of that study, fewer trades on Turquoise Uncross occurred at a price outside of a EBBO bid/offer prices than on other MTF venues (Chi-Delta, BATS Dark, Insinet BlockMatch, ITG Posit and UBS MTF) – meaning it ostensibly offered  better pricing; and the percentage of times that a trade on Uncross coincided with a price movement of the primary market mid-price in the second following execution was lower – meaning Uncross was less influenced by short-term sudden movements, a factor which Barnes insists means it is actually matching closer to the ‘true’ mid-point price.

“The key benefit of Turquoise is worrying less about adverse selection  such as instances where the market moves against you,” said Barnes. “If you are using other venues, the best strategy to avoid adverse selection may be to move  in and out of the public venues, or to set smarter minimum order sizes. But with Turquoise Uncross, LiquidMetrix found the lower correlation to short-term movements means you can leave your order for longer without worrying about adverse selection.”

The other initiative that has occupied Barnes and Turquoise over the last few months is the expansion of its stock universe into a broader range of French, Dutch, Belgian Portuguese and Nordic small and mid-cap stocks. In October another 800 additional stocks were added. Barnes added that their addition was important, because when sending a large basket of mostly blue chip stocks to trade with a few smaller names attached, participants might previously have experienced a rejected trade if the smaller name wasn’t present on the system. Figures provided by the firm show that in September, Turquoise received orders for 1,800 names, of which around 1,700 traded. In October, the platform received orders in 2,200 names, of which just under 1,900 traded.

“We immediately saw a massive increase of orders in October when we added more names,” said Barnes. “We are executing more names even than the orders we received before. It’s a great opportunity, because as the number of rejections goes down and more names are added, more participants feel more comfortable sending us orders. If our members want us to widen the stock universe further, we are listening.”