The latest version of the telco-backed Isis mobile wallet service has been launched across the US, following 18 months of testing in Texas and Utah by owners AT&T Mobility, T-Mobile USA and Verizon Wireless.

The country-wide rollout is backed by card issuers American Express, Chase, Capital One and Barclaycard and PoS terminal manufacturers Verifone, Ingenico, Vivotech and Equinox, which the backers hope will give the service impetus.

It’s little secret that mobile wallets have struggled to gain traction in recent years. The concept has enjoyed much hype but little concrete success anywhere outside parts of Asia and Japan. Prominent initiatives such as Google Wallet have existed for years without impacting the lives of the vast majority of ordinary consumers.

Isis is an attempt to resurrect the concept, which many industry players had largely given up as too mired in disputes over where the secure element should reside, who should gain the revenues, whether NFC should be used and whether merchants would actually invest in the technology to enable payment.

Whether through accident or design, the name is well-chosen. In ancient Egypt, Isis was the protector of children and the dead. She was idealised as the perfect wife and mother and was also a personification of the Pharaoh’s power. Significantly for the modern-day mobile wallet project, in the ancient mythology Isis resurrected her murdered husband Osiris using magic.

The ‘magic’ idea behind Isis is to have a big enough consumer base to overcome the barriers to mass adoption. Together, the three carriers have 230 million customers in the US, while American Express, Chase, Capital One and Barclaycard have 100 million cardholders between them. With the PoS manufacturers including the Isis mobile commerce app in their terminals,this brings together an estimated 75% of the US mobile user base, a large proportion of credit card holders, and a significant proportion of retailers.

From the consumer point of view, Isis will enable users to do what you’d expect from a mobile wallet: shop and pay using a mobile phone, storing virtual versions of your credit or prepaid cards as well as coupons and merchant loyalty cards. The venture has also made it clear that it wants to be used at everyday venues such as grocery stores, pharmacies and petrol stations. Examples of places where the Isis mobile wallet can be used include Toys’R’Us, Jamba Juice, which is offering a million free smoothies to Isis users, and Coca-Cola vending machines. In addition, American Express Serve customers get 20% back every time they tap to pay using their American Express Serve account up to $200.

“Today’s nationwide launch of the Isis Mobile Wallet is a milestone for consumers, merchants and banks. It’s the start of a smarter way to pay,” said Michael Abbott, chief executive officer, Isis. “Together, with our partners, we’ve built a seamless mobile commerce experience. We’re pleased to bring the magic and simplicity of the Isis Mobile Wallet to consumers across the US.”

To use Isis, customers select a payment card and tap their smartphone on the point of sale terminal. The customer will need to have one of the 40 Isis-ready Android smartphones sold by AT&T, T-Mobile and Verizon Wireless. They will also need to have obtained a special SIM card from their carrier, which is being offered free of charge, and downloaded the Isis mobile wallet from Google Play, also free. For iPhone users, there is a sleeve provided by a third party that provides the NFC link through an external antenna. 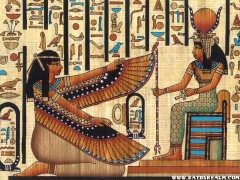 For Isis, part of the revenue will come from its bank customers in exchange for having their cards available on the app. The second revenue stream is built around commerce events. Isis provides the ability for a merchant to deploy their loyalty programmes in the phones, to offer coupons and track the redemption of them. Previously, Isis had been tested in Austin, Texas and the Utah state capital, Salt Lake City, taking advantage of the prevalence of contactless payments technology in the two cities.

“Isis is one of few truly independent wallets that is not tied to a specific financial institution, merchant or online marketing scheme,” said Rick Oglesby, senior analyst, Aite Group. “This wallet-as-a-platform approach positions Isis to unify the consumer experience across the many developing mobile shopping environments. The national rollout is an important step towards making mobile payments a part of everyday retail experiences.”

Several other mobile wallets have launched in recent months. In November, Citi and mobile operator 3 Hong Kong co-launched an NFC mobile wallet in the form of a sticker for iPhone and mobile app for Android. Meanwhile, a similar NFC-based mobile wallet was launched in Europe by Kalixa Group in July. The moneto prepaid wallet allows users to tap and pay for goods using their mobile. Users can check their balance, locate merchants and ATMs and make wallet to wallet transactions, supported by MasterCard’s PayPass technology. They can also withdraw cash at ATMs, make online purchases and shop at retail outlets that do not accept contactless payments.