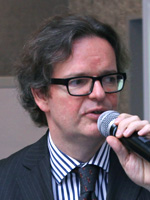 Young: exchange deals are not good for smaller emerging markets

The wisdom of  alliances and mergers between exchanges was a subject of controversy at the Mondo Visione exchange forum in London this week, with one participant lambasting such deals as “not worth the air miles they were written on”. Others had a more positive view.

Ongoing emerging market collaboration projects include a Caribbean Exchange Network, which achieved regulatory approval in 2011, a Pan-African commodities exchange in Zambia, South Africa, Botswana and Namibia, and the MILA stock exchange initiative in South America, which Mexico is due to join in Q1 next year.

According to Murat Mazibaş, director of business and product development at Borsa Istanbul, there is also a project to unite the Balkan stock exchanges into a regional grouping. Turkey’s own Borsa Istanbul has a strategic partnership with Nasdaq OMX, based largely on upgrades to the exchange’s technology.

“We want to work on business collaboration,” said Mazibaş. “Jumping to become a global financial centre overnight is impossible. You have to walk step by step – so we have established relationships with exchanges around the region, and we want to make platforms to bring these exchanges together. The Middle East has aggressive growth strategies, especially in the Gulf. Exchanges are seeking cross border alliances.”

The shareholder value of exchange alliances and mergers was  roundly criticised by session chair Patrick Young, executive director at DV Advisors, who labelled the Central and Eastern Europe Stock Exchange Group headed by Vienna Börse as a total failure and “the worst shareholder deal in history”.

“Exchange alliances are not worth the paper they’re written on,” he said. “They don’t work and never have done. The Vienna-led stock exchange group is a disaster – it has three franchises but no value. Their volumes are collapsing, they lost all their futures, possibly because Deutsche Börse just happens to be on Xetra and so can steal all their volumes. CEESEG is a complete business failure, and now Vienna hopes Warsaw will be stupid enough to buy it.”

“Why does Shenzhen Exchange taking a photo with Luxembourg mean anything?” he added. “I just don’t buy it. Where is the money? When you say Western empires are better than exchanges, that’s foolish. Why does it require very expensive Western technology? Xetra is a horribly expensive platform for emerging market exchanges and doesn’t add any value. Recreating the Austro-Hungarian Empire isn’t doing anyone in eastern Europe any good.”

Other panellists responded that there can be value in regional exchange tie-ups. According to Steve Phillips, senior managing director, Latin America and Caribbean at Nasdaq OMX, the MILA exchange integration project between Chile, Colombia and Peru is a good example of the success a regional effort can bring.

“Cross border trading does happen,” he said. “A Peruvian company bought the number two bank in Chile. One of the big problems is that in Colombia, four of the biggest corporate names are listed in the US. The highest cap stock on the exchange is the national petrol company. So in Bogata they are trying hard to align their trade types with international standards, and they are trying to improve corporate governance to build up the respect and confidence in their exchange. MILA is an important part of that strategy.”

Sandra Ro, executive director of FX research and product development at CME Group, pointed out that in some emerging markets, local improvement projects are relatively unknown to the outside world and may only be discovered by visiting the country in person.

“You have to go there to hear about it,” she said. “Meeting the people behind the Pan-African commodity exchange at Johannesburg was an amazing experience. Earlier this year, I found an exchange I never knew about when I got a call from Badex – an FX dealer asked me how to market-make an FX future. I looked them up and found out they were in Zambia. Most of the time they are getting money locally. There’s so much going on. It’s very exciting.”

Only one day to go! If you’re looking for answers on how to create an #intelligence strategy that will raise the… twitter.com/i/web/status/1…