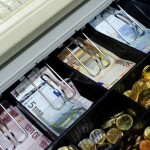 Adoption of alternative payment mechanisms is growing more rapidly in developing economies as they leapfrog the legacy infrastructures deployed elsewhere.

Research presented by WorldPay at the Money2020 event in Las Vegas this week showed that China is way out ahead in moving to alternative payments, with a 71% Compound Annual Growth Rate in volumes of payments made using alternative mechanisms such as digital wallets or other forms of mobile payments over the past four years. In Russia, the rate is 28% CAGR. Japan, by contrast, shows 20%.

According to WorldPay, there are considerable differences in the payment structures of most nations, but the developing economies are showing signs of switching directly from largely cash based payments to the latest mechanisms while other countries struggle with modernising their existing card and cheque-based practices.

There is still a long way to go, the report found – cash on delivery is still the primary form of payment for goods in Russia, cash is particularly dominant in China once you get 30 miles from the main cities, while in Brazil, 59% of all payments are made by card.

Brazil is a particularly difficult territory for payments at the moment as the government there recently outlawed dollar-denominated cross-border payments, forcing operators to find partners using the Brazilian Real. As a result, WorldPay has seen transaction rejection rates jump to over 90%.