Lack of EMV means US leads the world in card fraud 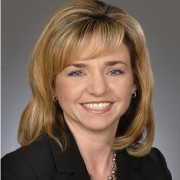 The US leads the world in card fraud, at least in part because it has lagged in the adoption of the EMV (Europay, MasterCard and Visa) Chip & PIN standard, and continues to use signatures for verification.

One result, said Carolyn Balfany, group head for US product delivery at MasterCard Worldwide, during Money2020 in Las Vegas yesterday, is that the US leads in card fraud with 47% of local fraudulent transactions although it does only 23% of the transactions globally.

US card issuers are requiring merchants to adopt chip-based EMV cards by 15 October, 2014, although to ease the transaction most of them are pushing chip and signature rather than chip and PIN, for now, anyway.

Time is running out to meet the deadline. Alan Friedman, associate director for business development at TSYS, said if acquirers are still working on platforms for EMV they need to hire consultants to speed up the process. For merchants, this is the time to replace very, very old terminals and retire old applications and replace them with EMV-capable terminals.

“For those who have limited resources, we advise them to analyse their portfolios and target those merchant segments at the highest risk for fraud — jewelry, electronics and even baby formula. They should put resources in areas where they will do the most good,” he said

Although Emily Santos, product manager for deposits and payments at SunTrust warned that any bank which didn’t have projects well underway was running behind, Jack Jania, senior vice president and general manager of secure transactions at Gemalto, said that while the US has only a handful of smart card manufacturers, they can meet the 2014 deadline.

“EMV has been around for decades and there is a manufacturing capability of smartcards in the US that has delivered millions of smart cards — primarily SIM cards for GSM [mobile phones]  for a decade,” he explained. “Even though the payment community might not see the capability, for smart card makers it is there. They just have to turn over to a new product line, but the capacity is here in the US and has been for a long time.”

Gemalto’s Jania warned that banks need to budget more time for testing their cards. Now they often spent three months on the card artwork and expect to have the cards done in a week. The EMV chip is a small computer and it requires testing and certification before it is sent out to customers. It can support PINs or signatures, and it can adapt to changing regulations.

“EMV can solve multiple business requirements — the infrastructure is there on the card to support all of these,” Jania said. “As an issuer you have the option of signature or pin. The card can support both today, so these are really business decisions.”