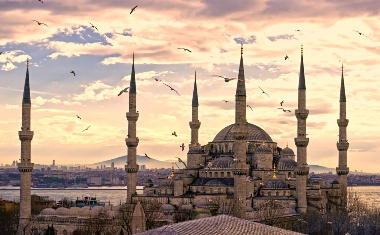 The newly-merged Borsa Istanbul will use Nasdaq OMX technology

Turkey’s newly-merged Borsa Istanbul has formed a deal with Nasdaq OMX, under which the new Turkish market will take up Nasdaq trading, clearing, market surveillance and risk technology.

Borsa Istanbul was created at the end of December 2012, by the merger of the former Istanbul Stock Exchange with derivatives market TurkDex and the Istanbul Gold Exchange. Under the deal with Nasdaq OMX, the two companies will collaborate in the region as Turkey attempts to build Istanbul into an international financial centre and global trade hub.

“This is a notable milestone for Borsa Istanbul, as well as for Turkey, the surrounding region and the whole exchange industry,” said Ibrahim Turhan, chairman and chief executive of Borsa Istanbul. “We are delighted by this partnership with such a powerful global brand, which covers not only a technology and know-how transfer, but also cements a strong operating union to capitalise jointly the commercial opportunities in the broader Eurasia region. Borsa Istanbul will have full control and deep knowledge of the technology and thus will be self-sufficient in this regard.”

The old Istanbul Stock Exchange was operated as a mutual, owned by its members. The new Borsa Istanbul demutualised in December and became a private company, owned by shareholders. In addition, the new Borsa Istanbul owns Takasbank and the Central Registry Agency, meaning that the exchange controls trading, settlement, custody and registry services.

Critics of privatisation argue that companies owned by shareholders are less likely to act in the interests of their customers than mutual organisations. The bulk of Europe’s exchanges were once member-owned, but most privatised from the 1980s onwards – a process that some investors argue has contributed to disenchantment among traditional long-term investors with exchanges.

In particular, a vocal portion of opinion in the asset management community alleges that exchanges became so preoccupied with earning profits by courting high-frequency traders during the period 2007 onwards that they neglected the traditional investor, with disastrous effects on average trade sizes and institutional flows.

The subsequent stampede towards non-displayed ‘dark pools’ or institutional liquidity pools such as Liquidnet has become a fixture of debate between regulators and market participants over the last five years, with regulators generally inclined to force flows back onto the lit markets in the name of transparency, but market participants adamant that their freedom of choice must not be restricted by arbitrary and misplaced legislation.

Turkey itself has been a paragon of virtue in attracting foreign investment to its capital markets in recent years, as strong GDP growth (9.5% in 2011) underpinned an influx of foreign investment and the rapid adoption of modern technology in finance, communications and the wider economy. A strong IPO pipeline, including the listing of companies such as major Turkish airline Pegasus in May, prompted strong inflows from both Turkish institutional investors and foreign investors, driving up the €215 billion market capitalisation of the Istanbul stock market.

However, the country’s fortunes have been clouded in recent weeks by severe political clashes in the country and instability related to popular disenchantment and division over the leadership of Prime Minister Recep Tayyip Erdogan.