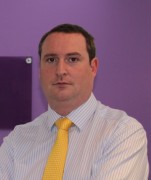 Weddell: the branch is still a key asset in the region

“Everyone is expecting quality and speed,” he told Banking Technology. “The branch is still a key asset in the Middle East. It’s part of the shopping experience. Banks are working hard to focus on the customer experience – and that means using technology to segment customers quickly.”

Misys is currently working on several projects in the Middle East, including providing kiosks that allow customers to enter information about what kind of transaction they want from the bank. The information is then shared with the branch staff, so that when the customer reaches the cashier, the cashier is ready and prepared. The idea is to cut costs by saving time, while simultaneously reducing queues and making the customer feel empowered.

“As you enter a branch you are sorted into three classes, from the high-value client to the simple low-value transaction,” said Weddell. “There’s more self-service, and banks are adding sit-down areas to make the customer feel more comfortable. Banks are investing heavily  in customer relationship management. They know that it’s better to explain something to someone sitting down than in a queue.”

A bank in Oman is said to be strongly interested in the kiosk concept, but Misys declines to name it.

One of the challenges for banks in the Middle East is the dominance of cash and cheques. For example, in Egypt an estimated 90% of customers are currently unbanked, according to figures from Ernst & Young. Families pay their rent using cash or cheque – often in large, inflexible instalments designed to cover six months or even a year.

Mobile technology is advancing fast in the region and is likely to skip the M-Pesa-style mobile money transfer stage seen in Africa in favour of smartphone apps, according to Weddell. “I expect to see the demise of plastic cards,” he said. “We will have a phone-based service in the future for consumers and store-based devices for accepting mobile payments.”

Misys has also developed tools designed to use the mobile as a conduit to improve the customer banking experience. One such tool is called Bank Fusion GeoGuard, which enables customers travelling abroad to ‘check in’ at a new country using their phone. The aim of the tool is to inform the customer’s bank of their new location, helping to avoid scenarios where the bank blocks a customer’s debit or credit card because of an unexpected transaction abroad.

In addition, Misys also worked on a project with a well-known bank in Pakistan that involved rolling out a browser-based update, instead of placing servers in each of the bank’s 1,500 branches to install the improvements. A separate project in Qatar involved setting up a hub for Swift messages. Both initiatives essentially focused on saving costs by creating a central infrastructure.

“If you centralise traffic in one location you reduce the cost and make it easier to manage reporting,” added Weddell. “Centralising payments processing is quicker, faster and cheaper than the alternatives.”