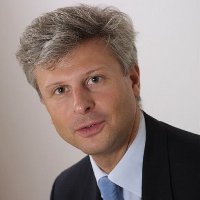 The plans involve having all ETFs that have a cross-border element settled on Euroclear’s pan-European CSD platform, instead of settling them at different national CSDs. For example, an ETF bought on Deutche Börse today settles in the German CSD and when the same ETF is sold on Borsa Italiana, it must delivered to the Italian CSD to settle; under the new plan, the ETF would be settled centrally in the international CSDs, cutting the cost for the end-user.

“Traditionally the problem with ETFs in Europe is that because they are traded on multiple exchanges in different countries, you end up having to move ETFs from the CSD where they have been bought to the CSD where they are being sold, requiring you to manage positions across multiple markets at multiple CSDs,” said Ivan Nicora, director of product management at Euroclear. “That adds cost, operational complexities and risk. Our plan is to end that situation.”

In the US, a single settlement location for ETFs has existed for many years, providing a relatively efficient post-trade structure for investors. Now, BlackRock has issued the first iShares ETF designed specifically to be settled in a single location – at Euroclear Bank. According to Nicora, providing a single European settlement location for ETFs will bring massive savings to the European ETF market, potentially sparking much growth in the sector.

At present, he estimates that there are around 2,000 ETFs trading in Europe based on 6,000 listings across 23 exchanges. While in the US, spreads on ETFs are typically around two basis points, in Europe the figure is closer to 20 basis points. As a result, the size of the US ETF market is approximately $1.2 trillion, while the European market is currently about $300 billion.

“BlackRock estimates the potential cost savings in Europe to reach hundreds of millions per year,” said Nicora. “There’s no reason the European ETF market cannot reach the size of the US – in fact, just for 15 BlackRock iShares ETFs, they have calculated $200 million in annual savings. We aim to grow the size of the ETF market in Europe by bringing these savings to bear.”

Euroclear has confirmed that it aims eventually to bring all European cross-border ETFs on board. BlackRock has also said it will be issuing new ETFs under the scheme in the coming months.