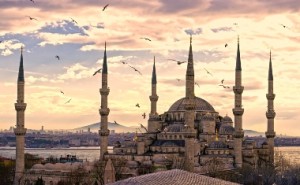 Turkey is moving from an emerging to a developed market

Prospects for Turkey’s capital markets gave delegates cause for optimism as the TradeTech conference and exhibition in London wound to a close on Thursday.

“Turkey is moving from an emerging to a developed market,” said Alexis Chryssochoides, head of prop trading and product development at Eurobank Equities. “The country has already been upgraded by several ratings agencies; we are just waiting for Moody’s to follow suit. This is a strong market with a bright future that has outperformed its competitors.”

Turkey has done much to reform its capital markets legal framework and infrastructure in recent years. Lured by the domestic market capitalisation of €215 billion reported on the Istanbul Stock Exchange, and by an IPO pipeline that saw €422 billion in new capital enter the market last year, western capital markets companies have been quick to pick up on the opportunities presented by Turkish modernisation and economic growth. Solid macroeconomic performance has helped – Turkey is currently the seventh-largest economy in Europe – while reforms to the country’s Capital Markets Law in July 2012 saw Turkey adopt the same legal definitions of financial instruments and other terms as used by the European Union in its MiFID directive.

Further refinements, such as a rule change in late 2010 that effectively unlocked the door to algorithmic trading in the country, have prompted large banks including Citi to release advanced trading products including algorithmic and direct market access offerings in the country.

“There are a lot of algos entering the market,” said Hakan Ozsoy, assistant general manager at Eczacibaşi Asset Management. “Three years ago, algorithmic trading was less than 1% of the market. Now it’s closer to 5%, and I expect to see algos account for 10-20% of activity in the next five years. That’s to the benefit of everyone.”

Ozsoy added that a strong IPO pipeline, including the listing of companies such as major Turkish airline Pegasus this week, are prompting strong inflows from both Turkish institutional investors and foreign investors, who currently make up some 60% of trading activity and 20% of the average daily volume traded on the Istanbul Stock Exchange.

Meanwhile Chryssochoides pointed out that the Turkish Capital Markets Board is currently working on an estimated 60-70 amendments to the country’s capital markets law, which should further help to make the market more efficient and more attractive to international investors. The prospective merger of the ISE with derivatives exchange TurkDex and the Istanbul Gold Exchange, which is also being supported by the Turkish government as part of a drive to turn Istanbul into an international financial centre, should also help, he added.