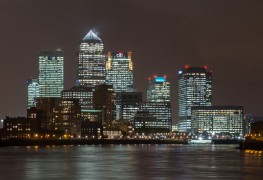 Swift’s Innotribe spin-out has announced the 15 semi-finalists for its Startup Challenge, which aims to help innovative new companies in financial services to get started.

The semi-finalists include Moola, an app-centred company that aims to allow customers to replace their wallet with their smartphone, the Open Bank Project, which aims to build collaborative open software for banks, Waratek, a Dublin-based company that aims to help firms reduce their infrastructure costs by using Java to develop cloud based applications, and Financial Network Analytics, a company that focuses on turning complex financial data into useful graphs, charts and other images.

The European leg of the startup challenge will take place in London on 18 April at Level39 in Canary Wharf. The semi-finalists will pitch their ideas to a panel of angel investors, venture capitalists and decision makers. The winners will go on to compete against the winners from New York and Singapore in the final event at Sibos in Dubai in September.

Other semi-finalists include BioCatch, a company that promises to provide ‘invisible’ biometrics to combat cybercrime, Crowdbank, a firm designed to bring together people who are interested in new ideas and help raise money to make them happen, and Student Funder, a crowdfunding platform designed to help students fund their education.

Student Funder holds an annual crossing of the Alps in which participants don elephant costume and traverse Europe’s highest mountain range, recreating the famous journey in which a Carthaginian army under the command of Hannibal Barca took elephants across the Alps in 218BC. The journey is meant to symbolise the idea that anything is possible.

“The goal is to bring innovation and technology expertise to the banking hub of Europe,” said Matteo Rizzi, co-founder of Innotribe. “We have chosen London as the location for the European showcase of the 2013 challenge as it is becoming more and more important in helping drive innovation in the region forward. Last year’s challenge was a great success and I look forward to providing the opportunity to talented entrepreneurs and promising startups in London.”

Last month, a similar but separate project called the FinTech Innovation Lab London drew to a close with an investor day presentation at London’s City Hall. Like the Innotribe startup challenge, the FinTech Innovation Lab London focused on supporting startup companies with innovative new products in financial services; the initiative earned praise from major global banks, who praised it for helping to energise the development of innovative new products in financial services.