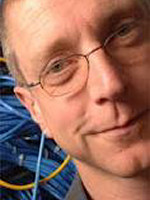 While HFT may pose a real threat to market stability, the European Commission’s response has been woefully inadequate and shows a lack of understanding of the core issues, says professor Dave Cliff of the University of Bristol, a former member of the UK government’s Foresight Project.

“MiFID II represents the worst form of tokenistic politics,” Cliff told delegates at the TradeTech conference in London on Tuesday. “The politicians are quick to jump on the bandwagon and shout that something must be done, but the legislation is so poorly thought out, it’s idiotic.”

Fears that HFT may have been responsible for the flash crash of 6 May 2010, in which $1 trillion was briefly wiped from the value of the US stock market, have prompted regulators around the globe to explore new controls designed to rein in the practice. Yet according to Cliff, regulators in both Europe and the US have a poor record of analysing the evidence. US regulator the Securities and Exchange Commission still has yet to provide a satisfactory explanation of what took place, he insists.

“It took five months for a final report, and within a few weeks of that, it became clear from research by Nanex that the SEC and CFTC analysis is not supported by the facts,” he said.

Last November, the Foresight Project published a document examining the effects of computerised trading on financial markets. The Foresight study concluded that there is no evidence that HFT adversely affects the quality of markets, and was critical of measures contained in the EC’s MiFID II document.

Under current proposals, MiFID II would introduce a minimum resting time of 500 milliseconds for all orders in the market. However, Cliff does not believe the measures contained in MiFID II stand up to serious scrutiny. The move has been widely condemned by market participants, who have pointed out it would simply make long-term institutional investors even more vulnerable to aggressive predatory HFT strategies.

That said, Cliff does acknowledge that there is a problem. Referring to a host of market crashes in recent years, including the BATS IPO and the Knight Capital trading glitch, in which the company lost $400 million due to a rogue algorithm in minutes, he warned that the market is suffering from a process called ‘normalisation of deviance’, in which events that were originally never supposed to happen gradually come to be accepted due to an apparent lack of serious consequences.

“We are in danger of falling into a situation where no-one has an overall view – and that’s when accidents happen,” he said. “Our research has shown that HFT works well 99% of the time – but the potential consequences of that 1% could be serious.”

Observing that the financial markets have divided into a market we can interact with on a human timescale, and a high-speed market where machines can interact, he suggests that coordinated circuit breakers across multiple trading venues, and coordinated European tick sizes, would be useful measures to help maintain stability. He also suggests that synchronised time stamps could serve as the basis of a consolidated audit trail, helping to provide more transparency for market participants and regulators alike.

“The problem with MiFID II is it’s done really badly because it’s done by politicians,” he said. “They need to be held to account and educated. We need to engage with the politicians, because that’s the only way we are going to get the clear thinking that we need.”

MiFID II is the European Commission’s attempt to make sense of changes to financial markets since the original MiFID opened up Europe’s equity markets to competition in 2007. The document is intended to bring harmony to the 27 member states of the European Union. It also aims to extend the scope of the legislation to other asset classes such as FX and fixed income. MiFID II is expected to take effect in 2015/16, based on current estimates from the European Parliament.