HFT: The Movie – Eurex sets out the case for the defence 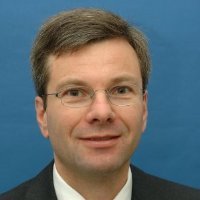 Germany’s Eurex derivatives exchange has created a series of videos exploring  the positive aspects of high frequency trading and its role in providing liquidity to its order book.

Presented by Wolfgang Eholzer, head of trading system design at Eurex, the videos use visualisations and charts to show where HFTs are providing liquidity, and their impact during periods of market stress.

HFT has attracted controversy in recent years, as market participants and regulators have devoted vast amounts of time and energy analysing and debating whether the practice is detrimental to long-term investors, whether it dampens or exacerbates market volatility, and whether it boosts liquidity, and how ‘real’ that liquidity is.

Analysis by CA Cheuvreux has suggested that HFTs create large amounts of market noise by cancelling the majority of their orders, thereby making it difficult for long-term investors to discern genuine liquidity. Some exchanges, such as Italy’s Borsa Italiana, have introduced order to cancel ratios that charge firms that cancel more than 100 orders for every one they transact.

Meanwhile, traditional buy-side market participants often voice concerns that they are being targeted by aggressive, predatory HFTs. Some have even gone so far as to label all HFT firms as “vultures” that simply feed on genuine investors for the sake of their own short-term profit, sucking away investment from the real economy.

However, advocates of HFT would suggest that it boosts liquidity and grants investors narrower spreads – meaning that the long-term investor pays less overall for the cost of trading, and is more easily able to trade stock.

In Germany in March, the country’s Parliament passed a bill that contains measures designed to control HFT, including the imposition of minimum tick sizes, order to trade ratios, and an obligation for HFT firms to submit their algorithms and trading strategies to the regulator.

The Eurex videos can be seen here: