FATCA woes for US au pairs in Switzerland 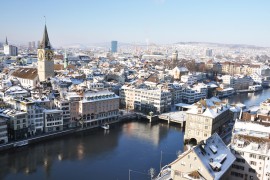 They were never going to be happy in Switzerland about the FATCA legislation that will be used to hunt down people avoiding US taxes, but it’s a surprise to hear that some Swiss burghers are feeling sorry for a group of US citizens who have become part of the fabric of society there – au pairs.

It seems that many young people fund their time in Europe by working as au pairs for Swiss families, who are happy to pay their wages into the local bank.

Alas, with all of the paperwork that onboarding a US citizen now involves for a Swiss bank (or a German, French or UK one, for that matter), several have started simply refusing to open new accounts for them.

Unless they already have some sort of account, or the employer is willing to pay cash (and thus perhaps become complicit in money laundering as well as abetting tax evasion) the au pairs are heading home.

Frivolous as this may sound, the Swiss gentlemen who told us of their banks’ unwillingness to deal with US citizens is not restricted to domestic help. Normally, the Swiss banks would have shrugged and expected their government to discreetly ignore Washington, but times have changed, say our morose new chums. Even quite large corporates are starting to find that local banks are resistant to the idea of handling new business, particularly anything that looks like a recently-created legal entity.

One possible solution being discussed in the cafés of Zurich is the establishment of independent new banks into which can be put all US-related accounts.