Banking on the real economy 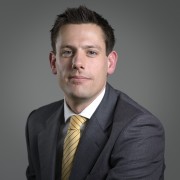 In March the proposed UK Banking Reform Bill went through its second reading in Parliament. With the broad aim of ring-fencing the utility side of our banks, this should protect both consumers and businesses from the potential losses of high-risk investment banking operations.

Despite such attempts to address the banking system’s failure, UK businesses have reduced their level of capital investment more dramatically since the financial crisis than firms in Germany, France and the USA. The resulting dip in capacity and productivity will, in turn, limit growth further down the line.

The World Economic Forum’s Global Competitiveness Report 2012-2013 has cited access to financing as “the most problematic factor for doing business” in the UK. So, it is more critical than ever for banks to provide the utility the “real economy” needs, by focusing on business investment and, above all, the capital finance requirements of the historically under-served small and medium-sized enterprise (SME).

One of the most direct (but lesser-known) ways that banks can help with capital investment is through asset finance: essentially a loan for using (“leasing”) rather than owning equipment.

Traditionally, asset finance has had a lower profile than other types of loan. But the overall squeeze on lending and higher business loan rejection rates have led to an increased demand for leasing arrangements by SMEs. As a result, asset finance is now the third most common source of finance for businesses, after bank overdrafts and loans. And its popularity continues to grow: according to the Finance and Leasing Association, core asset finance business grew by 5% year on year in January 2013.

The benefits of asset finance for businesses are clear. Rather than paying cash upfront the customer gets to minimise any impact on cash flow and spread the cost of equipment over the asset’s economic life. So, there’s a direct and immediately attractive correlation between expenditure and economic returns – and at the end of the contract, there is usually the option to buy the equipment or upgrade to take advantage of new technology.

While a business loan could arguably provide the same spread if structured correctly, asset finance doesn’t usually require additional security to be provided, because the finance is secured to the asset itself. Added-value services can also be provided in direct relation to the equipment being leased, such as insurance, servicing or maintenance. But ultimately the decision to take out asset finance is likely to come down to cost, as it is typically cheaper than unsecured forms of lending.

On the supply side, the asset finance divisions of banks have, until now, enjoyed relative autonomy, with little interference from their parent organization. The increased capital requirements of Basel III have changed all this, forcing banks to look more closely at the impact of each division on the balance sheet. But in this respect, and against key performance indicators like return on equity and cost income ratio, asset finance also comes out well. The Leaseurope Index Q4 2012 revealed an average ROE of 14.7% across the industry and a cost income ratio of 48.3%.

Could asset finance do better?

All these positives aside, asset finance faces a number of challenges in today’s climate. The recent withdrawal of ING Lease from the UK market sparked concerns across the industry that banks no longer view asset finance as fit for purpose, thanks to its relatively high capital requirements and the longer-term nature of its returns.

So, increasingly, banks’ asset finance divisions need to demonstrate they are aligned with parent strategies and making efficient use of capital.

At system level, integration with overall strategy requires these divisions to use group-wide functions such as credit, reporting and payment processing. But they have tended to stick to outdated operational platforms that are costly to assimilate – presenting barriers rather than enabling integration with the rest of the bank.

What’s more, the mixture of systems that asset finance divisions typically use, including spreadsheets, have hampered not only operational efficiency but also data quality and control. Those that can employ the internal advanced ratings based approach (A-IRB) will be in a far stronger position to meeting the increased capital requirements of Basel III. Key to taking that approach is better data and more sophisticated calculations.

In short, asset finance has all-round benefits for banks and customers alike – and with no other product is there such a close link between banking and the real economy. But in the ongoing fight for capital within banks, asset finance divisions have to prove their worth. Only with the right technology can they deliver smarter, more efficient operations that make that a definitive case, loud and clear, for leasing.