Will Dodd-Frank trade reporting prepare you for EMIR? 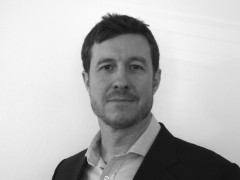 On February 28, most of the approximately 70 registered swap dealers will stumble across the finishing line for the remaining asset classes (equities, commodities, and FX) of the Commodity Futures Trading Commission implementation of Dodd-Frank trade reporting regulations. Some may be forgiven for breathing a sigh of relief, thinking the worst is over, writes Mark Steadman.

While undoubtedly a major milestone, it is worth noting that this is one of the first of the G20 reporting commitments to go live, with many more to follow. There is enough difference between it and the EU equivalent, EMIR (regulated and implemented by the European Securities and Markets Authority), to stand up and take notice.

Though not an exhaustive list, the following are some of the key differences between EMIR and Dodd-Frank requirements that are likely to represent additional implementation challenges for organisations that have already implemented Dodd-Frank under the CFTC:

One of the fundamental differences between Dodd-Frank and EMIR is the product scope. Dodd-Frank regulates OTC Derivatives, whereas EMIR – taking its product scope from MiFID – covers both OTC and listed derivatives. There are several points to consider:

• While recognising the role that CCPs and/or exchanges might take in reporting, the range and sheer number of fields to be reported (though familiar to those in the OTC world) are not typically communicated as part of a futures transaction lifecycle.

•The inclusion of futures could significantly increase the implementation effort, depending on how many trading systems an organisation uses.

• The number of stakeholders will increase across functional areas, which will contribute additional complexity to governance and the reporting control framework.

Each regulator requires a minimum set of data fields to be reported and while there is significant overlap, the fields outlined in the final technical standards for EMIR create additional challenges above and beyond those required by the CFTC. Some notable additions include:

Collateral data requirements within EMIR are far more extensive than within the CFTC regime, which only requires an indication of collateralisation. EMIR requires organisations to indicate the amount (including ongoing MTM), type and basis (portfolio or otherwise).

Under the CFTC, there is a concept of “reporting counterparty”—making only one party of the trade responsible for reporting, based on a hierarchy of market participants. The emphasis on reporting is placed on the major market participants (swap dealers). By comparison, ESMA has adopted a slightly different model. Although the reporting obligation can be delegated within EMIR, the legal obligation for accurate reporting remains with both parties, and thus, under EMIR, smaller organisations carry the same reporting burden.

There is also a subtle, yet important difference between the focus of EMIR and the focus of the CFTC in implementing Dodd-Frank. While both are very focused on the gathering of data to monitor systemic risk, the CFTC seeks reporting that is achieved as quickly as possible so that price data may be distributed onto a price ticker. That is, the CFTC is very focused on price and volume transparency to the market, believing this will fuel healthy competition and increase market participants. In theory, the more market participants, the less concentration of risk. But with T+1 reporting, EMIR is less focused on this. Instead, and by keeping in line with MiFID 1 reporting, EMIR seems to be looking more closely at market abuse. This focus is specifically called out in the ESMA technical standards, and requires a reporting log that records:

•The identification of the person or persons that requested the modification

•The reason or reasons for such modification

•A clear description of the changes.

Considering the amount of attention and effort placed on global harmonisation, you might think it only fair that the industry assumes the European standards will tie closely with their US counterpart. Though there are similarities, important differences between the two sets of regulations are likely to represent additional common challenges for the implementation of EMIR – even for those institutions that have already implemented for Dodd-Frank.

If you assume that implementing reporting under EMIR will just be an incremental build on your Dodd-Frank reporting solution, then you will need to reconsider. It would be wise to begin planning and budgeting for a similarly lengthy and costly implementation of reporting as under Dodd-Frank.