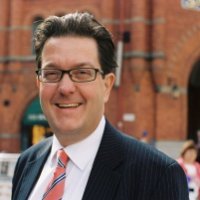 Senior market participants have expressed outrage that exchanges continue to charge high fees for market data, while MTFs still lack the means to compete on auctions and are not represented on international indices.

“Exchange and MTF competition doesn’t really exist,” said Olof Neiglick, chief executive at Nordic MTF Burgundy told delegates at the World Exchange Congress in London this week. “Institutional investors want to use the opening auction. But as long as auctions can only take place on exchange, the customer has to take the incumbent prices. That annoys a lot of people more and more. The market isn’t working and it really isn’t good enough.”

Regulation that maintains the stock exchange as the only entity allowed to hold a closing auction has long been a bone of contention between exchanges and MTFs. As early as 2011, Alasdair Haynes, former chief executive at Chi-X Europe, spoke out forcefully for the right of MTFs to hold auctions of their own. Yet as equity market flows have deteriorated, the issue has become even more charged. Robert Barnes, chief executive at UBS MTF pointed out that the value traded in the closing auction has grown to around 20% of daily volume in Europe, reaching as high as 50% on some days.

The European Commission’s MiFID legislation promised in theory to open up securities markets to competition and improve transparency. But nearly six years after the original directive, there are still some serious gaps. The questions of who should provide market data, how it should be distributed and how much users should expect to pay have also been fiercely debated. Some observers content that MiFID has essentially failed, because exchanges typically charge significant fees for market data while no single tool exists to provide an affordable consolidated tape of post-trade data to offset the fragmentation of liquidity caused by competition.

“The London Stock Exchange has seen a 43% rise in market data revenue since MiFID,” said Jerry Avenell, co-head of sales at BATS Chi-X Europe. “The exchanges aren’t going to give up that revenue stream unless the regulators force them to do something about it. We need the regulators to step up and get involved.”

Other market participants concurred. “Market data is a €1 billion revenue stream pan-Europe,” said Neiglick. “It’s not going to move itself. In the Nordic countries, exchanges lobbied hard not to allow market data on users screens, but we made Nordic light, a ‘poor-man’s consolidated tape’ for retail investors. Not everyone can afford a $3,000 a month Bloomberg terminal.”

BATS Chi-X Europe began charging for market data at the end of 2012. Burgundy was acquired by Oslo Bors in October.