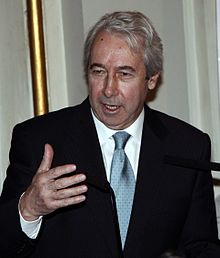 “Some people seem to think that equities are irrelevant these days,” said Zoido, alluding to recent reports that derivatives exchange ICE is considering disposing of NYSE Euronext’s cash operations, should it succeed with plans to buy the group. “But I want to remind you that equity markets are essential providers of capital in our economies. That role and the determination of credible prices have an enormous economic and social value that surpasses all other markets, including derivatives.”

Pan-European equity trading volumes have fallen from €1.4 trillion in January 2008 to €706.6 billion in January 2013, according to figures provided by Thomson Reuters’ equity market share reporter. The decline has been characterised by many as the beginning of a ‘new normal’, based on a number of trends including poor macroeconomic performance in the Eurozone, debt problems in the US, and market microstructure issues such as the discontent of long-term investors with practices such as high-frequency trading, which are seen as predatory.

Earlier in the day, Lars Ottersgard, senior vice president at Nasdaq OMX said that he does not expect the equity trading volumes present before the financial crisis to return, and added that cash equity trading only accounts today for around 10% of his company’s revenues.

But pointing to figures on the US and various European countries, Zoido explained that in Spain, only around 20% of financing for non-financial firms currently comes from the market. The rest comes in the form of debts to the banks – debts that many institutions are now keen to downsize.

“The contractual nature of debt imposes a structural rigidity that makes it very difficult to make systemic adjustments in the economy when they are needed, such as today,” he said. “Yet financing for non-financial firms has come excessively from debt. The potential for a move back to market-based financing is enormous.”

According to Zoido’s figures, the equity financing provided by exchanges globally was around $621 billion in 2012. In Europe, the biggest sources of finance were the London Stock Exchange and the BME, at $30 billion each.

“Given the situation we have, it’s time for less debt, more equity,” he added.