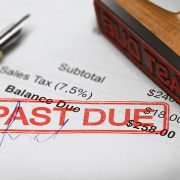 The CFPB receives more than 20,000 complaints every month, according to Director Richard Cordray, and the bureau’s latest installment of its Monthly Complaint Report highlights consumer complaints at the state level. As of June 1, the CFPB has received more than 1.2 million complaints across the country since it began accepting them in 2011. The top three states with the most complaints are California, Florida and Texas with 159,158, 111,559 and 93,472 complaints, respectively.