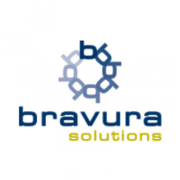 Aussie fintech expands reach in the UK with Delta acquisition.

Suncorp’s multi-year venture to modernise its core banking system, known as Project Ignite, has stumbled at the final hurdle. As Banking Technology reported in August 2016, the revamp was in its final stages. However, in questions over its half-year FY17 results, Suncorp told iTnews that the configuration of the platform and product migration has “taken […]