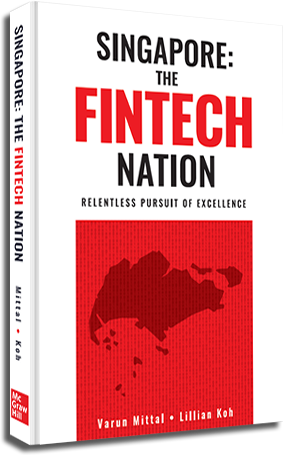 Fintech journey of Singapore has been a story of relentless pursuit of excellence to build a global financial service hub with limited means and lots of aspirations. The slogan of “Dream big. Start small. Move fast.” brought together regulators, startups, investors, corporates and everyone else to achieve a common goal.

One of the critical superpowers of Singapore is a national character built on survival instinct and a distinctive obsession with being successful. Singaporeans by nature are Kiasu (a Hokkien word which can be loosely translated to fear of missing out), and they wear it as a badge of honor. Like Israeli Chutzpah, it has both positive and negative connotations. Being Kiasu (drives Singaporeans to be constantly paranoid, doing everything they can to achieve success). It creates a certain fanaticism about meritocracy and instils a belief that one can never be complacent. In a regulated industry, our fear is our biggest strength, pushing us to comply with a wide range of ever-evolving regulations. The durable social fabric supports an adherence to order and authority. It proves to be a significant asset when it comes to developing and supporting a heavily regulated industry like financial services.

Singapore attracts people across the region to build their ventures in the domains of finance and technology. This book traces Singapore’s journey from 2015 till today starting with establishment of regional hubs and globalization of fintech innovation. The key principles which established Singapore as a Fintech Nation have been an obsession with excellence referred to as RFFL (Right First, Fast Later), a unique model of economic and legal policies known as Singanomics and lastly, an organised and controlled model of a new idea development termed Garden Innovation.

This book was developed through 57 one-on-one interviews with founders and enablers, bringing together the stories and journeys of founders and enablers of the fintech ecosystem including access to capital, customers, talent, and policy initiatives which have made them and Singapore successful. These narratives are set against the context of key regulatory policy decisions and background of how some of the foundation blocks of Fintech Nation were set up and evolved over time. It aims to inspire the next generation to build their ventures and bring technology to the masses, improving the lives of billions. It contains a special chapter from Chief Fintech Officer, Monetary Authority of Singapore, Sopnendu Mohanty covering the subject from the lenses of a regulator.