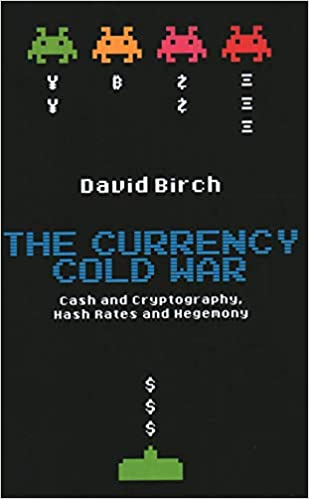 The way that money works now is a blip.

It’s a temporary institutional arrangement agreed in response to specific political, technological and economic circumstances. As these circumstances change, so money must change. Many people think that it will undergo a pretty significant change in the very near future and we need to start planning for the coming era of digital currency.

The historian Niall Ferguson wrote in 2019 that “if America is smart, it will wake up and start competing for dominance in digital payments”. Competing for this new currency dominance could mean a new cold war in cyberspace with, for example, Facebook’s private currency facing off against China’s public currency facing off against a digital euro. Or would a digital dollar win this new space race?

This is not just the concern of wide-eyed technologists obsessed with Bitcoin. In a 2019 speech the governor of the Bank of England said that a form of global digital currency could be “the answer to the destabilising dominance of the US dollar in today s global monetary system”. But which digital currency? Will we really be choosing between the Federal Reserve and Microsoft (between dollar bills and Bill’s dollars)? Or between Facebook’s Libra and the Chinese Digital Currency/Electronic Payment (DC/EP) system? Between spendable SDRs and Kardashian Kash?

It would be a mistake to see this as a technical debate about cryptocurrencies and blockchains, about hash rates and key lengths. It matters far beyond the virtual boundaries of the new age. The dollar’s dominance gives America the ability to exert soft power through the International Monetary and Financial System. A serious implication of replacing existing monetary arrangements with new infrastructure based on digital currency is that this power might be constrained. How might America respond to losing its hegemony?