Before Babylon, Beyond Bitcoin 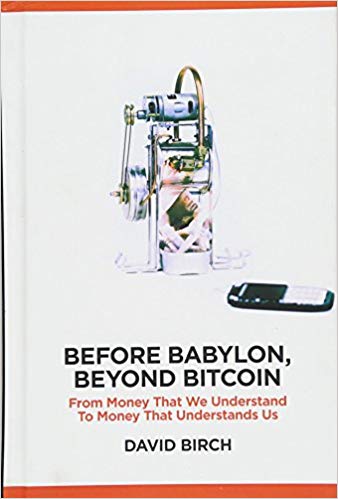 Before Babylon, Beyond Bitcoin

Technology is changing money and this book looks at where it might be taking us. Technology has transformed money from physical objects to intangible information.

With the arrival of smart cards, mobile phones and Bitcoin it has become easier than ever to create new forms of money. Crucially, money is also inextricably connected with our identities. Your card or phone is a security device that can identify you – and link information about you to your money.

To see where these developments might be taking us, Dave Birch looks back over the history of money, spanning thousands of years. He sees in the past, both recent and ancient, evidence for several possible futures. Looking further back to a world before cash and central banks, there were multiple currencies operating at the level of communities, and the use of barter for transactions. Perhaps technology will take us back to the future, a future that began back in 1971, when money became a claim backed by reputation rather than by physical commodities of any kind. Since then, money has been bits.

The author shows that these phenomena are not only possible in the future, but already upon us. We may well want to make transactions in Tesco points, Air Miles, Manchester United pounds, Microsoft dollars, Islamic e-gold or Cornish e-tin. The use of cash is already in decline, and is certain to vanish from polite society.

The newest technologies will take money back to its origins: a substitute for memory, a record of mutual debt obligations within multiple overlapping communities. This time though, money will be smart. It will be money that reflects the values of the communities that produced it. Future money will know where it has been, who has been using it and what they have been using it for.