Crypto firm Nexo has put out a statement rejecting all allegations made by the Bulgarian Prosecutor’s Office after the company’s Bulgaria offices were raided by the country’s authorities. 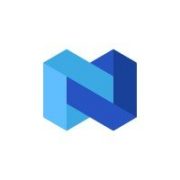 Nexo is being investigated by prosecutors in Bulgaria

On 12 January, reports of Bulgarian prosecutors launching an investigation into Nexo broke out, with more than 15 sites related to the company being raided in Sofia, Bulgaria’s capital.

The firm is reportedly being investigating for alleged illegal activities including money laundering, tax crimes, and computer fraud.

“No conspiratorial acts, including the alleged acts, were committed,” Nexo says in a statement. “Nexo’s platform has not been used for money laundering and financing of illegal activities, including terrorism, as well as for circumventing sanctions.

“No financial and tax crimes have been committed, and this will be proven following the statutory procedure before the Bulgarian courts,” the firm adds.

Nexo goes on to say that the participants in the investigation “are not familiar with the field in which our company operates and its inherent specifics”. Nexo further believes the actions to be “politically motivated”, which Siika Mileva, a spokesperson for Bulgaria’s chief prosecutors, has denied, according to local reports.

“At present, Nexo has still not been presented with official documents that unequivocally indicate claims against the company,” a representative of the firm tells FinTech Futures.

Nexo also intends to file claims “for all financial and non-pecuniary damages suffered as a result of illegal actions”.

Launched in 2018, Nexo is a digital assets institution claiming to serve over five million customers in 200+ jurisdictions.

Following news of the raid, the platform reportedly saw a surge of withdrawals from customers, which a company representative said only accounted for 2% of Nexo’s total $2.3 billion in assets under management.