Technology giant Cognizant has appointed Ravi Kumar S as its new CEO and member of the board, effective immediately. 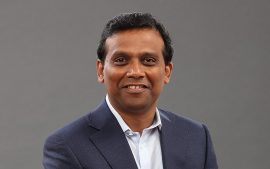 He succeeds Brian Humphries in both roles, who will remain at the firm until 15 March to facilitate a “smooth transition”.

Kumar previously spent over 20 years at Infosys in various leadership roles, most recently serving as president from January 2016 to October 2022.

In this role, he led the Infosys Global Services Organisation across all industry segments, including digital transformation, consulting, technology, engineering, data and analytics and cloud and infrastructure.

Over the past two decades, Kumar has overseen Infosys’ business operations across India, Latin America, China and Japan.

Commenting on his new role, Kumar says Cognizant is “well-positioned” for growth, adding he believes the firm’s “potential is unlimited”.

Cognizant has also appointed Stephen J Rohleder as chairman of the board, with former chairman Michael Patsalos-Fox staying on as independent director.