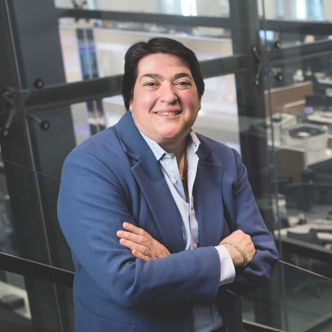 Dan Doney, Securrency’s founder, who has served as the company’s CEO and lead architect since its founding, will serve as chief technology officer (CTO).

Chakar has more than 30 years of experience in the global wealth and asset management industry.

Most recently, Chakar served as executive vice president and head of State Street Digital. Prior to that, she led State Street Global Markets, overseeing its trading, product and operations platform.

Chakar has served as a member of the board of directors of Securrency since 2021. The firm says her appointment as the CEO of Securrency underscores the growing importance of compliance-aware tokenisation, interoperability and institutional DeFi to the future of global finance.

On her new appointment, Chakar says: “The financial services industry is at a critical tipping point as it tokenises regulated real-world assets and automates legacy financial processes using the power of blockchain technology.

“As the new CEO, my priority is to accelerate the commercialisation of what is in essence the digital asset intelligence and interoperability foundation for major financial institutions and the global ecosystem.”

US-based Securrency was launched in 2015. In early 2020, it raised $17.6 million in a Series A funding round, followed by a Series B round in 2021 that brought $30 million. State Street is among the investors, alongside WisdomTree Investments, Abu Dhabi Catalyst Partners Limited (ADCP), and US Bank, among others.