UK-based digital payouts fintech WeGift has secured £26 million in a Series B funding round led by new investor Element Ventures. 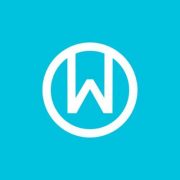 The round also saw participation from other new investors including Clocktower Ventures and Volution, and existing investors CommerzVentures, AlbionVC and SAP.

Founded in 2016 with its headquarters in London, UK, WeGift operates a digital payouts platform that integrates into brand platforms through an open API, allowing companies to disburse funds to the people they serve for rewards, refunds, rebates and remittances.

It operates in more than 30 countries, 20 currencies and over a dozen languages with a catalogue of more than 1,500 brands. Customers include Sodexo and Vodafone and WeGift claims to have doubled revenue every year since founding, providing real-time payouts access to over one billion consumers worldwide.

“Innovations in payouts have been few and far between, leading to solutions that no longer match the speed with which business operates,” says Aron Alexander, CEO and founder.

The company claims to have surpassed 120 employees last month. It has also added 100 brands on its platform including Nike, Airbnb and Aldi and onboarded new customers such as Mint Mobile and WishList, among others.