Two Estonians have been arrested and charged with defrauding hundreds of thousands of investors out of $575 million in an alleged crypto mining and virtual bank scam. 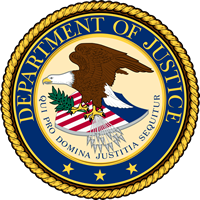 The US DoJ, FBI, and Estonian police collaborated on the case

Sergei Potapenko and Ivan Turõgin are alleged to have conned would-be investors into purchasing crypto mining contracts and to invest in a non-existent virtual currency bank.

The case is being investigated by the FBI and the Cybercrime Bureau of the National Criminal Police of the Estonian Police and Border Guard, with assistance from the US Department of Justice’s Office of International Affairs (OIA).

The pair were arrested in Tallinn, Estonia on 20 November on an 18-count indictment charging conspiracy, wire fraud, and conspiracy to commit money laundering, each of which is punishable by up to 20 years in prison.

According to the US indictment, Potapenko and Turõgin used shell companies to launder the fraud proceeds and to purchase property and luxury cars.

Assistant attorney Kenneth Polite of the Justice Department’s criminal division says: “New technology has made it easier for bad actors to take advantage of innocent victims – both in the US and abroad – in increasingly complex scams.”

US attorney Nick Brown of the Western District of Washington – where the indictment was returned by a grand jury – says: “These defendants capitalised on both the allure of cryptocurrency, and the mystery surrounding cryptocurrency mining, to commit an enormous Ponzi scheme.”

Brown says early investors were paid off with money from those who invested later, with proceeds hidden in Estonian properties, luxury cars, and bank accounts and virtual currency wallets around the world.

Potapenko and Turõgin allegedly offered contracts to customers wherein they pay a fee to rent a percentage of their HashFlare firm’s mining operations.

But according to the indictment, HashFlare’s equipment performed Bitcoin mining at a rate of less than one percent of the computing power it purported to have.

Potapenko and Turõgin also allegedly offered investments in a company called Polybius, which they said would form a bank specialising in virtual currency.

The indictment says the men raised at least $25 million in this scheme and transferred most of the money to other bank accounts and virtual currency wallets they controlled. Polybius never formed a bank or paid any dividends.

Both defendants appeared in court in Tallin and are being held pending extradition to the US.