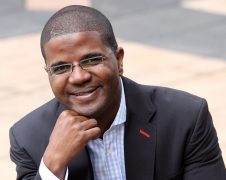 In his new role, Ajene has been tasked with facilitating greater foreign capital flows and working to deliver “constructive” solutions to businesses across critical sectors in Nigeria.

Ajene has more than two decades worth of experience and previously worked as head of client coverage at RMB South Africa, where he led client origination teams in South Africa, broader Africa and the UK.

He has also previously held managing director roles at both Credit Suisse and BNP Paribas.

Commenting on his appointment, Ajene says: “Attracting capital is fundamental to the success of any economy. RMB Nigeria is very well placed to work with investors to demystify doing business in Nigeria and also to facilitate capital flows.”

RMB Nigeria first began operations in Lagos in 2012, advising clients across key sectors of the economy including telecommunications, consumer goods, oil and gas, infrastructure and renewable energy. It recently opened a second office in the country’s capital Abuja.