The Reserve Bank of India (RBI) has launched the pilot of the wholesale segment (e₹-W) of its digital rupee. 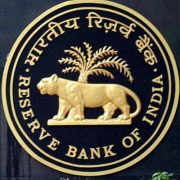 It states that the use case of this pilot, launched on 1 November, is the “settlement of secondary market transactions in government securities”.

RBI claims that the use of e₹-W will make the inter-bank market “more efficient” and will reduce transaction costs “by pre-empting the need for settlement guarantee infrastructure or for collateral to mitigate settlement risk”.

It adds that going forward, based on the learnings from this pilot, other wholesale transactions and cross-border payments will become the focus of future pilots.

The first pilot of the retail segment (e₹-R) of the digital rupee is set to launch within a month “in select locations and closed user groups” which will consist of customers and merchants.

Earlier this year, India’s finance minister confirmed that the country will introduce a digital rupee central bank digital currency (CBDC) by 2023, and last month, RBI announced plans to commence pilot launches of the digital rupee for specific use cases.