JiPay, a Singapore-based finance app for families and migrant workers, will be winding down operations, according to Dayana Yermolayeva, the start-up’s CEO and founder. 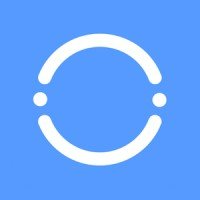 JiPay is closing down

In a LinkedIn post, Yermolayeva explains that the start-up did not run out of money, neither did it struggle to grow, claiming remittance volumes and revenue growing 300% month-on-month in August.

“JiPay’s model was based on targeting households with an expense management solution to then bring on board their helpers and offer them personal finance products,” says Yermolayeva. “We learned that en-masse, helpers don’t take financial advice from their employers.

“Only 3% of helpers using the JiPay Family (employer) card were converting to using JiPay Personal. Mainly, it’s because helpers don’t want to keep their money in the same place where their employer has theirs.”

She also adds that JiPay Family was not viable on its own, because its main revenue stream was interchange, which she calls a “bad monetisation strategy”. The company’s revenues grew due to cashback, a strategy that “never sat right” with Yermolayeva.

“It wasted a lot of money, created little loyalty, and attracted far too many cashback gamers, a unique human species,” she says.

The company looked at various ways to keep the business afloat, including introducing migrant worker finances such as micro-insurance and bill payments. “But those just did not move the needle in terms of ARPU (average revenue per user)”.

Founded in 2020, JiPay has an app and a prepaid Mastercard for helpers and their employers manage household expenses. Users can also receive salaries, store money, remit and save through JiPay Personal.

According to Crunchbase, the company raised $1.3 million in seed funding in March, led by East Ventures.

Citing the inability to generate enough remittance revenue in Singapore for its Series A funding and planned expansion to the UAE, the ultimate decision was to shut shop.