Every year, over one million immigrants arrive at US shores to build a new life, and every year they have to deal with the same financial roadblocks that their predecessors did. 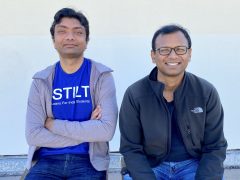 In particular, many immigrants can find themselves struggling to access credit products in the country due to having little to no credit history.

With the fintech boom, a number of start-ups have looked to solve this problem, and Stilt – built by immigrants and backed by Y Combinator – is one such company.

Rohit Mittal moved to the US over a decade ago as an international student at Columbia University. As an Indian abroad, he found it difficult to rent an apartment for himself.

“Every landlord that I went to was asking me for a credit report, a co-signer or a deposit, and I had none of those things,” he tells FinTech Futures. “And that meant I was sleeping on someone else’s couch for a little while.”

Eventually, he found a roommate, Priyank Singh, who offered him a room without asking for anything else.

Years later, Mittal would go on to start a project with Singh, which has now evolved into Stilt.

“We wanted to solve the problem we both faced when we moved to the US – access to better credit products for immigrants including credit cards and loans,” Mittal explains.

They started off by building a credit score service for international students, with a view to sell the product to other institutions.

“But no one was buying it,” Mittal says.

Changing tack, they decided to start their own company. The pair pooled their savings and started lending their own funds to strangers on the internet using their own risk models.

Over the last six years, the company has managed to raise more than $357 million in debt and equity fundraising – disbursing “hundreds of millions” of dollars in loans to “tens of thousands” of immigrants.

To build a credit score that works in favour of immigrants from scratch, Mittal says they needed “alternative” data – which led them to bank statements.

They used transactions from customer bank statements around education and employment as well as qualifications and educational history to gather sufficient data.

The last piece of the puzzle was their immigration status in the US – what type of visa were they on? How long were they likely to stay?

All of this alternative data is put to use to make predictions on the potential credit risk of individuals, based on which the company decides how much money it can loan and at what rates.

When asked about the kind of growth they have seen with Stilt, Mittal emphasises that they started very small.

“In terms of multiples for growth, it is at 1000x since launch,” he says. “The initial numbers were really small, but the impact has been material.”

He claims that Stilt has helped immigrants generate $200 million in lifetime income.

On what sets Stilt apart from the competition, Mittal says that traditional financial institutions tend to treat immigrants as “exceptions”.

“The way we operate, immigrants are the policy, they are not the exception,” he says. “As we help these folks, we get more confident in our models and we are able to help them earlier in their life cycle.”

Initially, they could only help people who had been living in the US for a certain amount of time, be it six months or two years.

“Now, we are able to help immigrants who have just landed – so they can apply for a loan with us and actually get approved on day one,” Mittal adds.

After building out the infrastructure for Stilt, the founders realised that they could help other fintech companies launch their own credit products using their software – so they decided to launch Onbo. 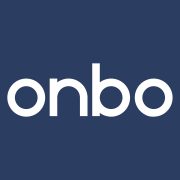 Onbo is a new product by Stilt

“We were seeing in the market that a lot of companies, both small and big, are trying to launch some sort of lending product, both consumer and commercial,” Mittal says.

Onbo is an API-driven solution for companies to launch such credit products.

Mittal says that when it comes to launching credit or fintech products, you need to put a lot of pieces together – particularly around licensing, compliance, management and credit risk reporting and underwriting.

“Onbo takes care of all those pieces and provides a one-stop-shop API, so the company that’s planning to launch a fintech product doesn’t have to worry about any of those things,” he says.

Within the next year, Stilt plans to raise its next round of funding, with plans to double its current team of over 35 employees and sign up more companies to the Onbo API.

“In the near future, we expect to launch multiple credit products with Onbo, so clients can actually serve a whole variety of use cases that they are not able to serve today,” Mittal says.

“We will continue on that path as we plan to be the leading embedded finance API in the market in the next 24 months,” he signs off.