Dutch buy now, pay later (BNPL) platform in3 has landed an $85.3 million Series B debt and equity funding round. 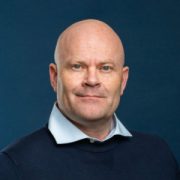 “The new funds will help us process transactions on a larger scale, both online and in the physical stores,” says CEO Hans Langenhuizen.

The fintech intends to use the funds to further expand in the Netherlands through its partnership with Dutch online paytech Mollie, with plans to launch in Germany in the pipeline.

The new partnership with Mollie will put in3 in front of “millions of consumers via almost every payment service provider” in the Netherlands.

Langenhuizen says the partnership with Mollie – which accounts for a substantial share of online payment traffic in the Netherlands – represents a “significant growth opportunity” for in3.

Founded in 2018, in3 gives consumers the option to pay in 3 instalments without interest or other hidden costs, as opposed to other BNPL providers which charge between 10% and 14%.

The Series B follows in3’s $11.1m Series A round in March and takes the total funding raised to $96.4 million.