SentiLink has raised $70 million in a Series B funding round led by David Sacks of Craft Ventures. 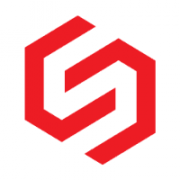 As part of the investment, Sacks will join SentiLink’s board as an observer along with Victoria Treyger of Felicis Ventures.

The financing follows the San Francisco-based firm’s $14 million Series A round in 2019 and takes its total raised to $85 million.

Founded in 2017, SentiLink is an identity verification technology provider that looks to help financial institutions tackle fraud and ID theft, which is currently causing “billions of dollars a year in losses”.

Naftali Harris, co-founder and CEO of SentiLink, says: “Despite businesses spending large amounts of time and money trying to figure out if people are who they say they are, identity fraud is rampant and real customers suffer from false positives and unnecessary friction.”

The company says its fraud technology can detect fake and stolen identities for new account applications in real time, and it currently partners with over 100 financial institutions.

SentiLink plans to use the new financing to continue growing its product suite and expand its team to keep on top of new and developing threats.