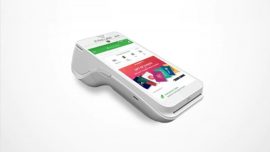 Founded in 1998, the firm started fundraising in 2009, with an initial $1 million Seed injection from Sequoia Capital India. Since then, it has raised $422.2 million across seven more rounds.

Pine Labs claims to serve more than 150,000 merchants and have its payments terminal integrated at more than two dozen banks and fintechs.

The firm has recently launched a buy now, pay later (BNPL) service in Malaysia. It plans to expand this new proposition into more geographies across Southeast Asia.

Last month, it acquired digital payments start-up Fave in a $45 million deal. Fave, which is active in Singapore, Malaysia, and Indonesia, claims to have six million consumers.

“This is an exciting phase in our journey as we enter newer markets,” says Pine Labs CEO, B. Amrish Rau.

“We excel in enterprise merchant payments and now want to scale new frontiers in the online space as well, at the same time continue to power the credit and commerce needs of our offline merchant partners.”