HSBC is set to pay more than €1 billion for New York-based private equity firm Cerberus Capital Management to take its loss-making French branches off its hands.

The deal, reported by Les Echos, includes all 230 agencies and 4,000 French employees. 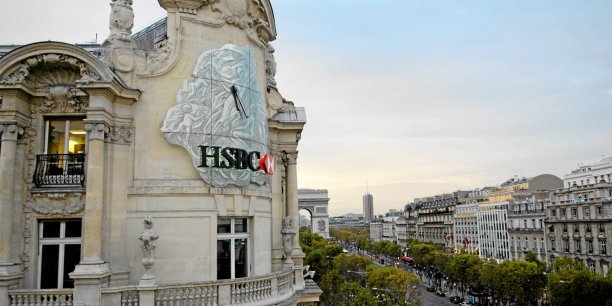 The French unit moved to the shelf back in September 2019

“Never has a bank signed such a high cheque to sell its assets in France,” the local paper said.

HSBC has been preparing to sell its French retail banking activities unit for more than a year.

The bank told employees it would sell the unit in February, but until now the details of any deals had yet to be officially announced.

A long road to sale

The struggling operations lost the bank €499 million euros in the first half of 2020. HSBC bought the unit in 2000 from French bank Crédit Commercial de France (CCF).

The takeover bid was worth £6.6 billion. It marked the biggest ever acquisition of a French business by a British company.

The French unit moved to the shelf back in September 2019. HSBC first went to other French banks, such as Société Générale. But they all walked away from the sale dossier.

“The price is going to be disastrous for HSBC,” a Reuters source said back in September.

When HSBC initiated the sale process, it hoped to sell the unit for around €600 million. The first bidders made considerably lower offers.

Then the price slid into negative territory. The two final bidders – Cerberus and an unidentified firm, speculated to be AnaCap – were poised to pay a symbolic one euro in return for the unit’s recapitalisation by the bank of €500 million.

Now, the price of this recapitalisation seems to have more than doubled.

Despite spending €7.6 billion on the French division, HSBC will now pay another €1 billion to get it off its books. The unit serves around 850,000 customers.

Its auctioning off is part of chief executive Noel Quinn’s strategy to slash costs.

Of the nearly half a billion euros the French operation lost the bank in first half of 2020, the majority leaked out of its private banking and wealth management division.

Read next: HSBC France sale to land this month, AnaCap goes back up against Cerberus