Bank of Ireland and Toronto-Dominion (TD) Bank are the latest incumbents to shutter more branches following the pandemic-induced shift to digital channels.

TD Bank has announced it will close 82 of its retail shopfronts in the US, accounting for 6.7% of its 1,223 US branches. Whilst Bank of Ireland is ceasing operation of more than half its Northern Ireland (NI) branches, slashing 15 of its 28 – despite it counting as one of NI’s “big four” banks. 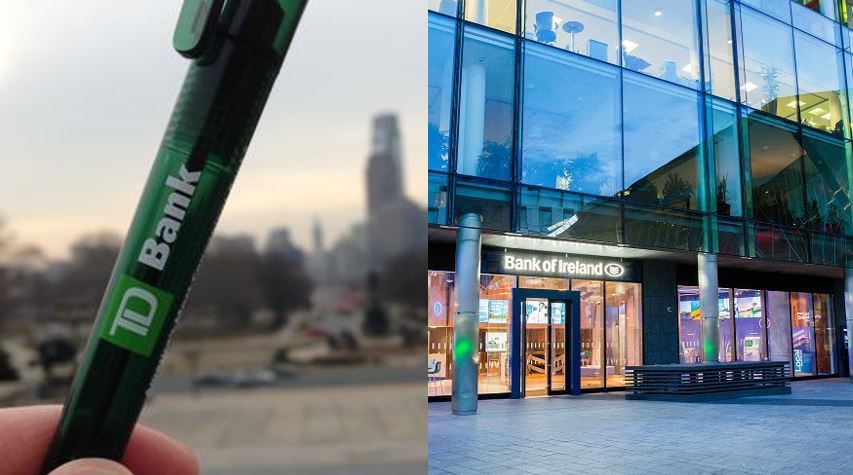 For TD Bank, the cuts came down to “the need for investment in digital and digital capabilities”, according to its US CEO, Greg Braca.

Retail Bank International reported on TD Bank’s potential branch closures back in January. According to more recent Bloomberg reports, the closures – chosen based on customer activity metrics – will begin in April.

TD Bank’s most recent earnings from its US retail banking business dived 16% to $615 million, and expenses climbed by 6%.

Read more: How brands are becoming the banks of tomorrow

In Bank of Ireland’s case, the cuts – which affect 120 staff but won’t lead to compulsory redundancies – are part of a wider cost-cutting exercise. This includes the closure of 88 branches in the Republic of Ireland, where 169 branches will remain open.

This restructure will see product shifts, with more of a focus on car finance and mortgages. The bank’s UK head office is also relocating from London to Belfast. As the bank shrinks its loss-making UK division’s loan book by around 10% during 2021.

Some regulators have issued cautions to banks over excessive branch closures. In January, the UK’s Financial Conduct Authority (FCA) issued a warning to banks asking them to reconsider their planned branch closures in light of pandemic-induced restrictions.

The warning arrived after HSBC announced the closure of 82 branches in January, set to take place between April and September this year.

“Firms are reminded to consider the impact of national restrictions on compliance,” the regulator said. “We are concerned that these activities [branch closures] could have significant consequences for customers.”

Read next: FCA calls on banks to reconsider branch closures during pandemic