SoLo Funds snaps up $10m Series A for P2P lending

According to Crunchbase News, ACME Capital led the round with participation from Impact America Fund​, ​Techstars​, ​Endeavor Catalyst​ and ​CEAS Investments.

To date, SoLo has brought in $12 million, which includes a $2.8 million seed round and a series of convertible notes from other investors, according to Travis Holoway, co-founder and CEO of SoLo Funds.

The new funding will go toward building out the team and putting more focus on SoLo’s go-to-market strategy. 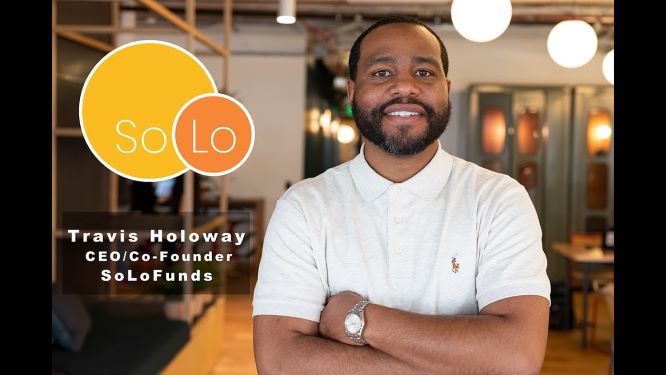 The new funding will go toward building out the team and putting more focus on SoLo’s go-to-market strategy.

ACME Capital Partner, Brian Yee,​ was introduced to SoLo through portfolio partners and found Holoway and co-founder Rodney Williams’ mission to be “amazing”.

SoLo is building an alternative to predatory lending through a new type of P2P lending in which strangers fund strangers, asking for short-term personal loans for immediate needs.

The Los Angeles-based company began working on its mobile marketplace in 2016 and launched it in 2018.

“Even before the pandemic, 70% of Americans were living paycheck to paycheck, and many didn’t have $400 in their savings account,” Holoway tells Crunchbase News. “More than half of the country has been waiting on $600 for more than six months.”

“You hear a lot of predatory lending stories, and these loans are a lifeline for many people,” Yee says.

“When I started playing around with SoLo, it resonated with me. It is still raw, but I am always checking the application to see if there is an interesting loan I can fund. I can’t think of another company solution that solves aspects for every constituent: for the lender to lend on his or her own terms, and for the borrower to set the loan.”

Other lending vehicles typically group investors together and lend on their behalf, but SoLo Funds enables its members that provide loans to have complete autonomy to see who they could be lending to and choose which loans they ultimately fund, Holoway says. Lenders receive between 3% and 10% returns on their investment.

On the borrower side, those platform members are able to set their repayment terms and improve their credit as they pay back the loan. SoLo’s average loan is $200, with many people requesting emergency funds for groceries, childcare, transportation, medical bills and rent.

“We are matching loans in an hour, which is unprecedented in peer-to-peer lending,” Holoway says. “For the borrowers, it is a personal experience going on the platform, requesting a loan and having a stranger fund it. It feels personal to them that someone chose them, so they want to pay it back because they don’t want to burn a bridge on this platform.”

In case that payoff doesn’t happen, SoLo Funds offers features, including SoLo Lender Protection, which safeguards the loan in case the borrower is delinquent, which in turn eliminates the risk of significant loss for the lender, Holoway said. There is also SoLo Score, a transaction-based view of repayment confidence based on a member’s cash flow.

In the past 12 months, the company has experienced 40% month-over-month growth in revenue. The platform funds tens of thousands of loans per month as well, he added.

“We are the fastest-growing fintech that no one has ever heard about,” Holoway adds.

“We will focus on the overall experience for both sides of our user base, including resources to protect lenders, insurance against risk, and to deploy more capital. We will also be mining the analytics, which we use for underwriting based on a person’s ability to pay it back on one date. Our goal is to leverage that data to provide a path to upward mobility that will show a person is more creditworthy than deemed.”