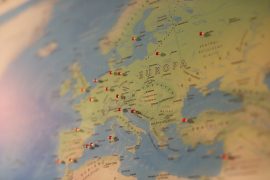 SFTR’s third phase is rolling out across Europe

The pension fund goes live in time for the third phase of SFTR, which started rolling out in 2019.

SimCorp is supporting ATP with reporting for repos and buy sell-backs, tri-party repo collateral managed by Euroclear, and collateral re-investment.

Morten Holst Kruse, head of business systems at ATP, hails what he calls a “fast and fully remote” process.

SFTR rules aim to increase transparency on the use as repos and securities lending transactions, and on the risks around entering collateral arrangements.

The third phase of SFTR applies to non-financial counterparties (NFCs).

In June 2020, the UK Treasury confirmed it would not on-shore the NFC aspect of SFTR due to Brexit.

“From early on, the industry understood the data challenges that SFTR would bring,” says Gernot Schmidt, product manager for regulatory solutions at SimCorp.

“It’s already clear that SFTR UK and SFTR EU will diverge sooner rather than later. Our offering saves clients the headache of dealing with this complex problem.”

In August 2020, SimCorp put its flagship Dimension solution on the cloud, signing a marquee deal with Microsoft.

Dimension won two deals for the vendor at the tail end of last year, with the Central Bank of Sri Lanka and Mawer Investment Management.