Mastercard plans to raise fees for UK purchases from EU

Mastercard will increase fees more than fivefold when a British shopper uses a debit or credit card to buy from an EU-based company.

According to the Financial Times, the announcement is sparking alarm among companies that rely on online payments and concern among MPs over higher consumer prices.

Mastercard and Visa levy an “interchange” fee on behalf of banks for every debit or credit card payment that uses their networks.

The EU introduced a cap in 2015 after concerns the hidden fees were leading to hundreds of millions of euros in costs for companies and higher prices for consumers.

Since Brexit came into effect this year, Mastercard told merchants that the cap no longer applies to some transactions, because payments between the UK and European Economic Area are now deemed “inter-regional”.

From 15 October, Mastercard will charge 1.5% of the transaction value for every online credit card payment from the UK to the EU, up from 0.3% at the moment. 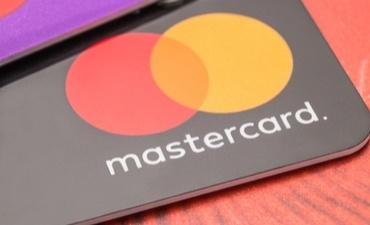 From 15 October, Mastercard will charge 1.5% of the transaction value for every online credit card payment from the UK to the EU.

For debit card payments, the fee will jump from 0.2% to 1.15%. The increase will benefit British banks and other card issuers

Consumers will face higher costs if companies choose to pass on the fee – a further burden on purchasing products from EU-based companies.

Extensive red tape has been imposed on buying and selling products between the UK and EU after Brexit, alongside customs and VAT charges.

Domestic purchases from Amazon UK, for example, normally go through a Luxembourg-based company.

One person familiar with its plans tells the FT that the e-commerce giant could shift where the UK store is located under card network rules to avoid the fee increase on its merchants.

“Some people might put this change down to Brexit, but it is actually just greed,” says Joel Gladwin, head of policy at the Coalition for a Digital Economy, which represents British start-ups.

“It is well within the power of the card schemes to make merchants’ lives easy and keep things operating as they were pre-2021.

“Not only does this hurt the already squeezed bottom lines of e-commerce start-ups and subscription businesses, it comes at a time when a huge number of small businesses have shifted to online models to survive.”

The move also affects services provided by companies with EU-based operations that consumers may not realise are international transactions.

He adds: “This smacks of opportunism and I would urge the regulators to step in as a matter of urgency to ensure that financial institutions do not use Brexit as an opportunity to hike up costs that consumers will ultimately bear.”

Mastercard processes the majority of credit card transactions in the UK, and a growing proportion of debit card payments.

Visa, which leads in the debit card market, has not announced any changes to its fees, but has not ruled it out.

A spokesperson tells the FT that “should any change to interchange be appropriate, Visa would aim to provide our clients with advance notice to help them plan ahead”.

Mastercard says the changes were designed to bring interchange rates in line with levels it had agreed with the European Commission for transactions from all non-EU areas in 2019.

One EU-based start-up that offers services to the UK notes: “It seems very opportunistic. In the EU, they are very tightly regulated. But the UK has no similar legislation.”

After the new rules were brought in 2015, the commission found that merchants saved about €1.2 billion, with estimated overall annual consumer cost savings of between €864 million and €1.9 billion.

MPs warned in 2019 that higher interchange fees could be passed on to UK businesses and consumers.