Palantir lost $579 million in 2019 in screenshots of a draft S-1 statement dated 20 August, according to TechCrunch.

In the screenshots of the company’s financials, Palantir lists a net loss of roughly $580 million for 2019, which is almost identical to its loss in 2018.

The company’s $580 million loss during the period shows why the company has needed to raise billions to date, and how far it has yet to go until it can self-sustain.

The firm is generating revenues of roughly $742 million. 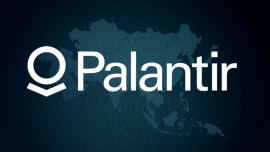 That revenue was up from $595 million in 2018, a gain of roughly 25%. Its growth pales in comparison to other software-as-a-service (SaaS) firms like Datadog.

The company was reported to have been on the cusp of $1 billion in revenue for years. Private companies do not normally disclose their financial results, but the company’s size falls far short of expectations, leaks and other reports.

The company’s big expense is around sales and marketing. It was roughly $450 million for both years and represented 61% of revenue in 2019.

For the first six months of 2020, Palantir recorded revenues of $481 million, a 49% gain compared to the same period last year. Palantir has worked hard to maintain its level of expenses in sales and marketing, research and development, and administrative costs.

See also: Why there’s no slowdown in SaaS

Palantir kept expenses in check in the first half of 2020 despite its increase in revenue.

Palantir is widely known for its government contracting, but in recent years, the company has tried to expand its data products into the private sector.

Palantir remains heavily reliant on its existing customer base — and particularly its government clients — for new growth.