FinTech Futures speaks to Emma Lindley, managing director at AiiD Global and chief commercial officer (CCO) at Trust Stamp, on the new venture which quietly launched last week and is currently working on pilots in various African countries to be announced in the coming weeks.

“Taking technology solutions which have Western thinking to non-Western thinking countries doesn’t work”, says Lindley, explaining the challenges to Western models when it assumes entire populations have access to birth certificates or their own mobile phones.

“Biometrics are happening in these [emerging] markets” as a result, says Lindley, but if this technology is not protected properly and breached, large swathes of people who had no foundational identity to start with will be frozen out of ever owning their identity in the future.

“Identity is highly cultural so we’re not coming with a Western mindset, we’re working with organisations on the ground who are often already working on financial services,” she says.

With the backing of Trust Stamp and its undisclosed investment from Mastercard, the new subsidiary can offer African firms two years of free technology which rests on Trust Stamp’s infrastructures, but which will be modified and applied by AiiD Global to suit the region.

Read next: ForgeRock raises $93.5m in Series E funding round 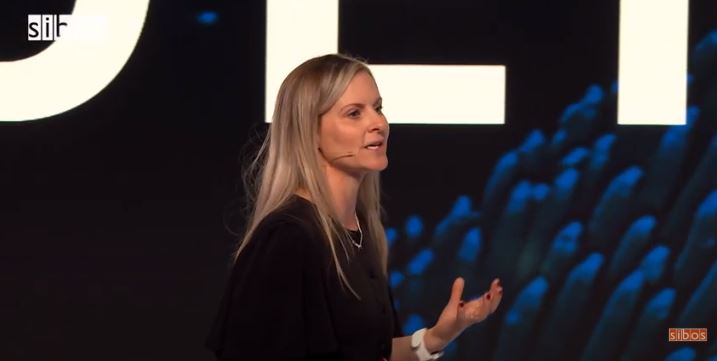 “We are taking a long-term view, we’re not coming at it with a silver bullet,” says Lindley

Trust Stamp’s technology can convert biometric data into an irreversible format which helps prevent it from being breached, and it can also work offline, helping firms tap users in rural areas with lesser access to Wi-Fi.

By offering two years of free technology to African fintechs, money transfer services, and essentially any firms which have solid use cases for the identity software in the region, AiiD Global hopes to co-create its solutions alongside them to ensure they do work before putting a price on them.

“We are taking a long-term view, we’re not coming at it with a silver bullet,” says Lindley.

Previously head of identity and risk at Visa, Lindley also co-founded non-profit organisation, ‘Women In Identity’ in 2017. Designed to boost the representation of women in the identity industry, Lindley soon discovered that a lot of people are underrepresented in this sector.

“If we don’t build systems for all humans then we’re going to end up inadvertently blocking people from accessing a whole host of systems,” she says.

The small team behind AiiD Global is largely female-led, and aims to break down the mould of homogenous teams which are more susceptible to unconscious biases that can filter into products and curb human access.