Sygnum, a Swiss digital asset bank, has launched a stablecoin called the ‘Sygnum Digital CHF’ (DCHF), which is pegged to the Swiss franc. 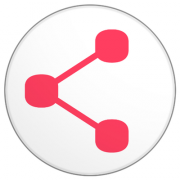 Deposits in traditional currencies such as CHF, EUR or USD will be accepted by Sygnum accounts

The firm, which secured a banking licence from the Swiss Financial Market Supervisory Authority (FINMA) last August, will back its new stablecoin 1:1 by funds held with the Swiss National Bank.

As a member of the SDX digital assets trading platform, which the Swiss Infrastructure and Exchange (SIX) Group plans to launch by the end of this year, Sygnum could also see its DCHF supported by a credible digital infrastructure.

“Sygnum’s distributed ledger technology (DLT)-based DCHF can be transferred in real-time, resulting in almost immediate settlement of transactions and eliminating the need for intermediaries,” the bank says in a statement.

The bank’s head of tokenisation Markus Hartmann adds that corporates will be able to raise new capital by producing asset tokens based on existing financial assets.

Deposits in traditional currencies such as CHF, euros or US dollars will be accepted by Sygnum accounts, and an e-banking portal will be able to transfer them into DCHF tokens.

This one account can also buy, trade and hold other digital assets, including Bitcoin and Ethereum.

The three-way union set out to build a digital asset infrastructure on the blockchain. It also saw Deutsche Börse and Sygnum become shareholders of Daura, a DLT-powered platform which issues, transfers and registers Swiss small and medium-sized enterprise (SME) shares, enabling non-listed companies to access the capital markets.

This flows into a big goal for the greater digital asset movement – to allow small companies to raise capital without having to pay the administrative fees currently associated with traditional stock exchanges.

Sygnum has also made progress in Singapore, where the central bank has already set up a regulatory sandbox and various blockchain payment initiatives.

The bank secured a capital markets services (CMS) license last year from the Monetary Authority of Singapore (MAS), which means it can also provide asset management services to Singapore-based firms. The MAS has also reportedly been approached by some of Sygnum’s competitors, including SEBA.

Though it claims to be the first, Sygnum is in fact the second firm to launch a CHF-pegged cryptocurrency asset. In 2018, Bitcoin Suisse founded the Swiss Crypto Tokens corporation to issue CHF-backed stablecoins.