Majority, a digital banking platform aimed at immigrant communities, launched to US consumers after a four-month beta test, as reported by Bank Innovation. 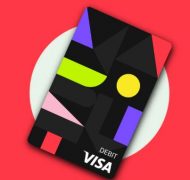 To expand its reach, Majority is relying on two drivers: physical meetup spaces and brand ambassadors, since it has no branches.

“If you want to build a successful business focusing on these communities, you need to be part of those communities,” says Magnus Larsson, CEO of Majority. “The reason a lot of underbanked and migrant communities we work with don’t walk into the brick-and-mortar [bank branches] is because of trust factors.”

With the public launch, Majority is adding new features, including early direct deposit and the ability to transfer funds into a Majority account from an outside account. Larsson also confirmed to Bank Innovation that Majority’s first physical meetup space will open later this month in Houston.

Majority customers will receive a prepaid Visa card and access to more than 55,000 ATMs as part of a $5-per-month subscription. Customers can send remittances to Nigeria, Ghana, Kenya and Senegal without fees, a service the company plans to expand to 15 more countries this year.

Majority also offers customers the ability to make free international calls to more than 25 countries. The company’s partner bank is the Attica, Ohio-based Sutton Bank, which also partners with Monzo’s US arm and Square. The company is working with immigrant communities to decide what products Majority should launch next, Larsson notes.

The company’s primary revenue source is subscription fees, and it also generates revenue from interchange fees. According to the company, Majority has 5,000 customers, and Larsson notes that it plans to open a second meetup space in Miami later this year. Larsson did not reveal Majority’s level of funding, but he previously acknowledged to Bank Innovation that it was a self-funded effort through sister international calling company Rebtel, where he is CEO. Rebtel has raised $28 million, according to Crunchbase.

Offering financial products to immigrant communities is a growing field. For example, Deserve offers card products for newcomers to the US, while Nova Credit sells its underwriting software to help banks offer credit to immigrants. Just this week, remittance start-up Remitly launched Passbook, an app-based bank account for immigrants.