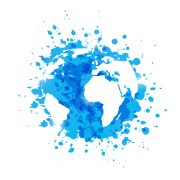 The deal means that WorldRemit users can perform cross-border remittances to an Alipay wallet. Something that the London company believes will bring “more convenient and inclusive transfer services to users around the world”.

Tamar El-Emary, chief commercial officer at WorldRemit, says that the partnership will focus on “innovation, customer experience and speed to market.”

According to the remittance firm, the vast majority of remittances are sent offline, with money being taken to, and collected by, physical agents.

According to Statista data, the transaction value in digital remittances is expected to reach $112 billion in 2021, while the number of people sending their money digitally cross-border will hit 13.2 million by 2023.

The deal with Alipay isn’t the company’s first partnership with Chinese payment firms. In April 2019 it launched international transfers to China UnionPay cardholders.

Alipay for its part has been attempting greater integration in the European market. In November last year it announced that it would be looking to support 10 million small and medium enterprises (SMEs) in the continent by 2024.

That same month it launched a prepaid card for international visitors to China supported by the Bank of Shanghai.