McGillycuddy told FinTech Futures that “next year, Tickr plans to expand into Europe and hire more talent in London and Liverpool to help us expand rapidly.” 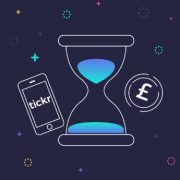 Tickr plans to expand into Europe and hire more talent in London and Liverpool.

Although the figure has not yet been finalised, the co-founder notes that it will fall between £3-5 million which would enable it to set up a new office in either Germany, Ireland or one of the Nordic countries.

His reasons for those areas specifically are the strong appetite for more green investments; lack of a tough language barrier and being able to tap into the European market post-Brexit.

Read more: Three key steps that can put banks ahead in the sustainability revolution

Tickr focuses on firms involved in areas such as climate change, social impact and disruptive technology and claims to be the first impact investing app in Europe, designed for first time investors.

“So far tens of thousands of first-time investors have signed up, investing for their future and the future of the planet,” says McGillycuddy. The start-up is targeting the millennial to Gen Z group, with 80% of its users never having invested before and 40% of its users identifying as female.

The minimum investment is £5, and funds can be held in an ISA, in addition to letting its users back portfolios of globally-listed companies from its minimum investment amount through exchange-traded funds (ETFs). The fintech also has the goal of planting a forest in Indonesia through its referral mechanism.